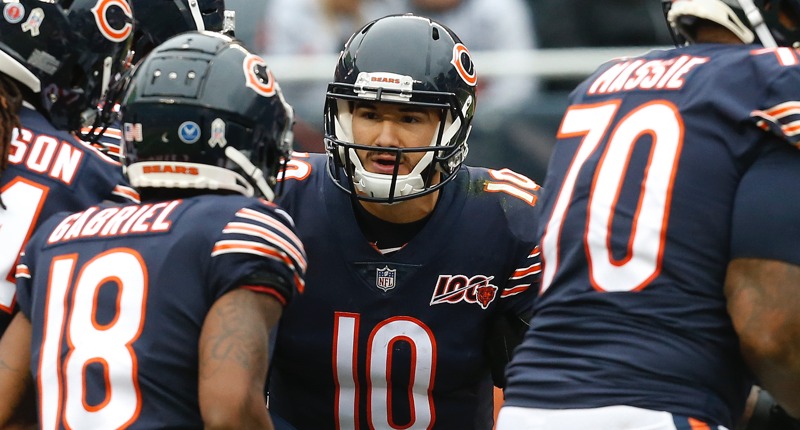 The best thing to come from Sunday’s Bears win against the Lions wasn’t found in a box score. Instead, it came in the form of words from Mitch Trubisky’s teammates.

Bears CB Prince Amukamara on Trubisky: “The way Mitch played and has been battling through whatever everyone’s saying, I’m happy as heck for him.”

Amukamara was one of the many Bears players who spoke up in support of their embattled quarterback in the wake of the team’s victory against Detroit. But he wasn’t the only one.

Adam Jahns of The Athletic talked to 10 players and asked about where their feelings were on Trubisky after the win. And while I understand the vibe is going to be overwhelmingly positive after a trip to Club Dub, it was the tone (as described by Jahns that stands out the most. Jahns writes about safety Eddie Jackson being “enraged” by the scrutiny that comes from the outside. He notes that Amukamara said he has been bothered by the seemingly endless criticisms. Running back Tarik Cohen’s response was described as emotional. It probably isn’t a coincidence that Trubisky’s most staunch supporters are two of his draft classmates and a cornerback who re-signed with the Bears, in part, because of his faith in Trubisky.

The win was a long time coming for a team who hasn’t given much to celebrate since late September and had watched Club Dub collect dust during a four-game losing streak. But the wait to hear words of encouragement feels longer because of Trubisky’s season-long funk.

It has been a rough 2019 for Chicago’s starting quarterback, but his season isn’t over yet. And neither is that of the Bears. Because we have seen Trubisky play well when instilled with confidence, perhaps a win a against the Lions could be something we look back on as the starting point of a positive run. But we’ll believe it once we see it.