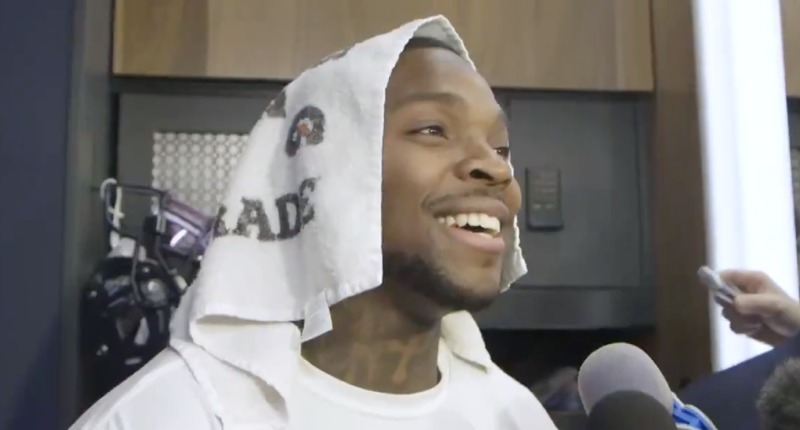 While everyone else was watching Disney+ last night, I had my eyes on Bulls rookie Coby White torching the Knicks with a 3-point barrage in the fourth quarter.

A look at the highest-graded from the #Bears offense in Week 10 ⬇️ pic.twitter.com/hCIEpdVoPV

#Bears roster moves:
We have signed OL Dino Boyd to the practice squad.

#Bears roster move:
We have signed LB James Vaughters to the practice squad.

Bucs are signing cornerback John Franklin III to their practice squad. Former FSU and Auburn QB converted to WR and now to cornerback, was last with Bears. Adds depth with injuries and today's cutting of Vernon Hargreaves.

.@BoJack39, on playing the Rams in LA: "We know going into their home this time, it’s hostile territory… so we just gotta come in and bring our A game." pic.twitter.com/OfjND6oRpQ

Should also note that 5 of Montgomery’s 6 carries came in the first half.

This isn’t a new story — Nagy was criticized for it after the opener — but I happened to just notice how Green Bay’s defense has struggled since the opener. It’s currently 19th in DVOA.

THREAD: 1) Earlier on @gmfb I broke down the latest on the @Kaepernick7 workout scheduled for Saturday afternoon at the @AtlantaFalcons facility. Here are some important things to know…