The Kaepernick Workout Mystery and Other Bears Bullets Skip to content 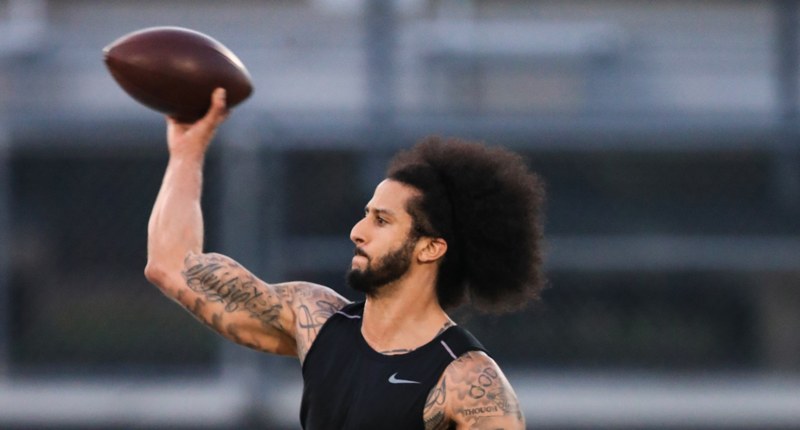 Maybe I’m typing this out because I’m never awake for it, but sunrises in Los Angeles are vastly underrated.

The weekend timeline, from my sources: Kap has been here since Thursday preparing for today’s workout that was supposed to take place at the Falcons’ facility in Flowery Branch, GA. The already shaky relationship was immediately in jeopardy.

The https://t.co/iLSuC0HswN story on Colin Kaepernick’s workout has been updated with reaction from four high-ranking evaluators who viewed it. Here is a breakdown: https://t.co/DqcvDWfRgJ pic.twitter.com/PaDUz4WJzB

Colin Kaepernick made a 90 second statement before leaving pic.twitter.com/QlH2RTnLp5

Kyle Fuller was *not* fined for his hit last week on Jeff Driskel.

I thought about this long and hard. Thinking about what the Bears need at QB, their identity as a team, and type of leadership that NEEDS to be present in that locker room, the only QB that I feel would be the perfect fit for this franchise…is Shane Falco.