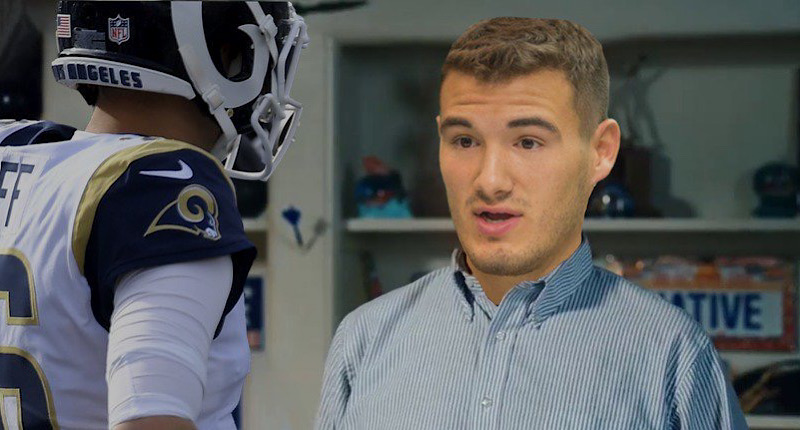 Tonight’s game between the Bears and Rams is a “Loser Leaves Town” match between two peas in a pod.

Two teams who are led by the last two NFL Coach of the Year winners, quarterbacks who were the first to go off the board in their respective classes and have Pro Bowl appearances on their résumés, and defenses who have Defensive Player of the Year plaques on their respective walls should have made for a dandy of a Sunday Night Football showdown. Instead, both coaches are fighting losing battles while trying to lead their respective offenses out of their struggles. Both quarterbacks have been smacked with the regression stick. And neither defense has come up with enough stops to over-compensate for the short-comings of their offensive counterparts.

And yet, NBC still kept Bears-Rams as its game of the week. Maybe it is because these storylines playing out in front of a nationally televised audience is a script not even Hollywood could ignore.

This might be the last time the Bears are in prime-time this year, so we might as well get hyped for it.

Your game thread is down in the comments, so let’s have some good, clean (safe-for-work) fun. Let’s see if the Bears can make it two-in-a-row.

No reason given yet. Other inactives are Brandin Cooks, Darious Williams, Jake Gervase, Jamil Demby, Rob Havenstein and Greg Gaines.