It's Probably Time for a Shakeup at ... *Gestures Everywhere* Skip to content 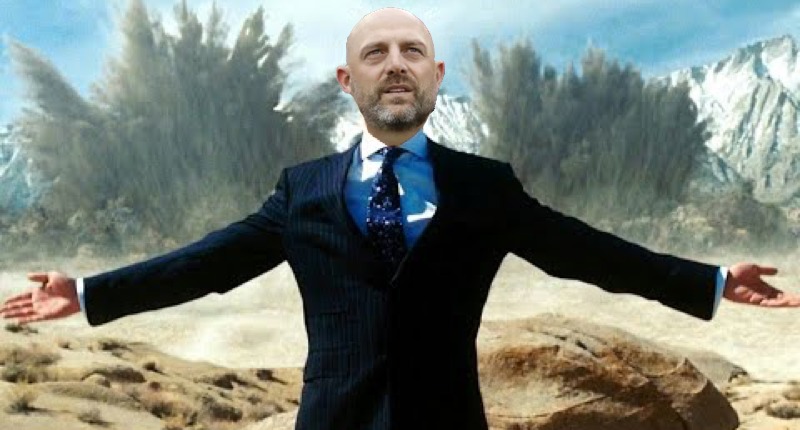 After blowing their last real opportunity to keep their 2019 playoff hopes alive, the Chicago Bears have opened my eyes to the reality of the present: It’s time to look beyond the 2019 season in a practical, tangible way. After all, self-evaluation is a key factor to success in the NFL, and the only way to start is with a proper accounting of what the team already has in-house.

So with that in mind, the Bears should begin injecting some of the rookies and other young players into the mix as soon as this weekend, in order to see what they’ve got.

Obviously, they wouldn’t (and shouldn’t) be able to test out every one of these proposals this weekend, but here are some ideas of where to start …

What once looked like the best group of receivers the Bears have rostered in my lifetime has ultimately underperformed here in 2019 – in fact, they’re among the league leaders in drop percentage this season. But while the team can’t go out and make wholesale changes at the position right now, they could pump in some new blood – starting with Riley Ridley.

Ridley was initially viewed as a fourth-round steal, and was someone to which quarterback Mitch Trubisky appeared to take a liking during the summer.

And yet, Ridley hasn’t sniffed the playing field during the regular season. Granted, he had a summertime hamstring injury that limited him in training camp and during the preseason. But that was months ago now and shouldn’t be a factor anymore. At this point, someone with Ridley’s draft promise should get some burn in the regular season.

Utilize Javon Wims To His Fullest

And what about former Georgia teammate Javon Wims? The second-year receiver played just 15 snaps in Sunday’s loss to the Rams.

Getting in on just 19.7 percent of the team’s offensive snaps isn’t cutting it for a player with his skills and upside. In other words: the time for Wims to get more playing time is now. Between his size (6-2, 221) and ability to use his frame as a run blocker, Wims should see an increase in his snap share in order to see if he can make the most what he has going for him. And since Trubisky has shown a tendency to miss high, wouldn’t it be neat to have a 6’2″ receiver (with a large catch radius and solid leaping ability) out there to haul those passes in?

Now, if players like Wims and Ridley are going to get playing time, it would necessarily mean someone else will have to take a seat (perhaps Taylor Gabriel, who had a pair of important drops in the first quarter last Sunday). But, again, that may be where this team is at right now.

Earlier this year, the Bears were able to put together a sweetheart deal to entice Alex Bars to stay in Chicago over a gig with the Patriots. However, while it didn’t take long to get his promotion from the practice squad to the 53-man roster, Bars still hasn’t played in a game of consequence for the Bears this season.

And given the offensive line’s struggles, his time should come soon. Rashaad Coward is still getting a feel for his position, but the Bears could get creative and piece together a timeshare at the position that would be much like the one James Daniels and Eric Kush were in during the 2018 campaign. Perhaps Bars could even get some run at right tackle if Bobby Massie needs a breather (especially if the back injury that took him out of Sunday’s game continues to flare up).

Try Jesper Horsted Out as the “U” Tight End

This would arguably be the biggest risk of anything I’m suggesting, but if the Bears have nothing to lose, then it could be a risk worth taking.

Chicago snagged Horsted as an undrafted free agent and converted the Princeton product – yes, that Princeton – into a tight end. If you recall, Horsted had his moments in the preseason, and the Bears could use a spark at the position with Trey Burton out for the rest of the season.

To be clear, the risk here is throwing Horsted to the wolves at a position he’s relatively new to. But if he were to focus in on the receiving aspects of a “U” tight end for some snaps down the stretch, this could provide some usable learning experience. At a minimum, it would give Trubisky someone to target who happens to have something resembling a route tree after playing receiver in the Ivy League.

Give Duke Shelley a Second Look

As a sixth-round pick, Duke Shelley was always going to be a project, and looked every bit of it, as he struggled transitioning to the pros (cutting his teeth on the special teams unit).

But still … I’m curious to see what he could do at cornerback, even in a limited setting.

NOTE: Buster Skrine has been excellent as a blitzer from the slot corner spot – his 13 snaps (in which he was used to rush the passer) are tied for the 19th most among PFF’s 113 qualifying cornerbacks this season.

So while I’ll come short of advocating for Shelley to take someone’s starting gig, perhaps getting him back in the mix slowly – ahead of an extended audition down the line – could be in play before the end of the season.

The cornerback spot is one of the most important on the field. And since Prince Amukamara can’t play forever, the Bears should start to figure out what the future of that position is going to look like — starting with a player they drafted last spring.