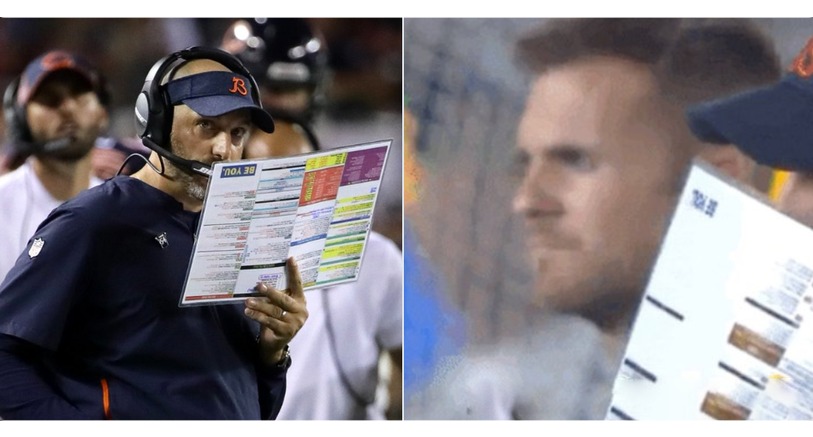 The cost of saving some money on my return flight from Los Angeles is me running on whatever is left in the tank after spending time in three different cities since Monday morning.

This is inexcusable for an NFL QB….. pic.twitter.com/tQSamWyR6X

Rewatching the game at Matt Nagy’s behest. You can see Brockers’ knee hit Mitch as he gets sacked. pic.twitter.com/0wqTxdQcmz

@dabearsblog Look at the play sheets. Last year vs last night. This is a DRASTICALLY reduced gameplan. pic.twitter.com/fQUjjzxIQq

Who will be the Bears starting QB for Week 12?

I never doubted that Mitch Trubisky was hurt. He’s tough. He’s played through injuries before and now. But that’s the point, too. He wanted to keep playing. Matt Nagy said he fought to play on. But he was sidelined. To him, it must have felt like a benching.

Bears tripping after that loss. In the playoffs last year I would’ve thought they would invest in a kicker they lost at least 3 games this yr off of they kicker situation … We Need Cam

Still struggling to fully understand why the Bears and Matt Nagy decided Mitch Trubisky couldn’t handle a half dozen or so more plays at the end of Sunday’s loss. Chase Daniel had the controls for a 7-play, 6-yard drive. What was the juice-squeeze there?

In 2019, the Bears defense has 1 interception in the fourth quarter.

CFL western final comes down to one final play and the Roughriders QB hit the upright pic.twitter.com/0ZPIKxkLRt

I tried to tell everyone last year. Enjoy the good times while you can. When you have a great team, you gotta wrap your arms around it.

Nothing ever lasts in this city. https://t.co/4mzhXD3MRH