Return of the Mack, Return to the Win Column: Bears Win 19-14 Skip to content 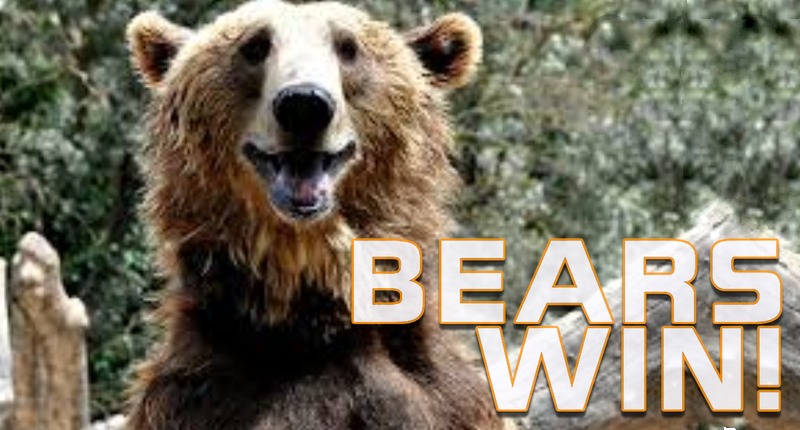 For fans of every age, Sunday’s 19-14 Bears win was a very on-brand experience.

An offense that scores just enough timely points to build a lead for a defense that gets stops when it needs them in order to pull out a closer-than-it-shoulda-been win. Going to a tried and true formula in a game that was never going to be pretty in order to squeak out a win is the most Bears thing ever. Sure, it was against a lowly Giants team. But it worked, so give credit to where it is due.

And by that, I mean tip your cap to a defense that did work on Sunday. They sacked Daniel Jones once (GASP!), came up with 8 QB hits, forced a fumble, limited Saquon Barkley to 3.5 yards per carry, and did more good than bad on the afternoon. I suppose the offense deserves some credit, specifically with their use of tempo at the end of the first half and to start the third quarter to take a lead early in the second half.

Mitch Trubisky looked like Mitch Trubisky, even against one of football’s worst secondaries. He made throws that wowed you, then attempted passes that left you wondering why it even happened in the first place. He accounted for the Bears’ two touchdowns, which was a pleasant change of pace. But the interceptions … WOOF!

But Khalil Mack looked like Khalil Mack again, which was a welcome return. One week removed from being shut out from the stat sheet, Mack had a sack, two QB Hits, and a forced fumble that was ultimately turned into points. That was nice to see.

The win moved the Bears to 5-6, which is a far cry from where they should be. And while there is plenty to work on as we move forward, there isn’t much time to celebrate (can you even celebrate that type of win?) because of the quick turnaround with a game on Thanksgiving morning.

But if only for a moment, the Bears served up a reminder of how their wins tend to look — even in 2019.