The Third Quarter Bump, Running Game Woes, Mack is Back, Celebrating the Dub, and Other Bears Bullets Skip to content 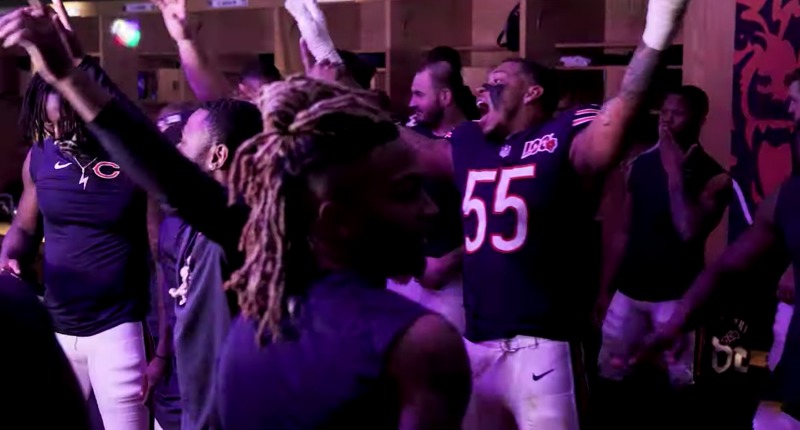 I have plenty of Thanksgiving prep work to do this week. And because there are fewer days to do it, I’d like to request the next few days get extended to 28 hours. Any objections?

Mitch Trubisky in the third quarter this year:

Truly incredible series of events. Nagy tried to get TO, doesn’t, Mitch runs it in. Then Nagy runs down to take desperate TO on two point attempt. Then two point is good, but called back on terrible PI call. Then illegal sub. So Eddy left with a 47-yard PAT … which he missed.

Love that there are people who say throwback helmet should be worn with the jersey @ChicagoBears wore in that era when, other than a few tweaks, this is the exact same jersey worn during that era pic.twitter.com/aTRmcBxB88

Early SBTF nominee! @aldrickrosas2 Giants are in trouble again, tough game so far! Quick sports update brought to you by Bob and Peter! #nfl #giants Get this guy an SBTF xmas sweater.

The Bears Apparently Have “Serious Confidence” in Mitch Trubiskyhttps://t.co/N3RBVsZCpS

In Cleveland, a Browns fans is using a Steelers helmet to swing at a Mason Rudolph piñata prior to today’s game.