A New Super Bowl Favorite Emerges ... And So Does the Bears Unlikely Path to the Postseason (And Other Bears Bullets) Skip to content 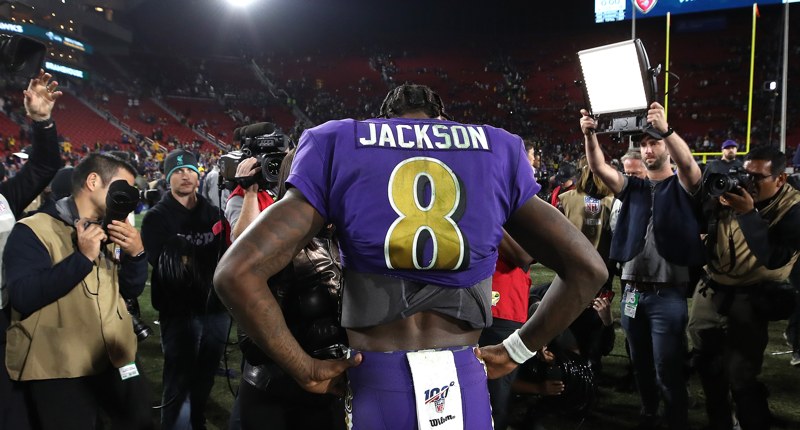 Since I am hosting a Thanksgiving gathering on Wednesday, that means Tuesday (a.k.a. today) is a big day for yours truly. I need to season and marinade the turkey, make a cheesecake, and finish up my cleaning around the house. Not at the same time, mind you. That would be a mess of cross-contamination that I’m not in a position to deal with at any point. Onward with today’s Bullets.

The Baltimore Ravens are your new Super Bowl favorites at @SuperBookUSA.

No better way to start your day than by watching these @Lj_Era8 highlights again. pic.twitter.com/Eo93k59EKa

#Bears' path to the playoffs is still open — even with a 9-7 finish — after the Ravens beat the Rams on Monday night. This tweet will self-destruct in 5 seconds: pic.twitter.com/UPfbpypfAK

Even on a short week, the talk on the Bears turns immediately to the team's inconsistent offense. @zpearson23 of Bear Report started his conversation with @paytonsun with that on Sports Feed Monday, and you can see the rest of their discussion by clicking on the link in the bio. . . . #bears #chicagobears #nfl #football #offense #mitchelltrubisky #mattnagy #lions #detroitlions #thanksgiving #thanksgivingfootball

This was a great throw and catch by Mitch Trubisky and Allen Robinson, but one other thing needs to be pointed out.

Check out this pass protection by David Montgomery. This was some excellent recognition to assist Braunecker on this block. #Bears #Bears100 pic.twitter.com/iO4oTnpEpa

Jared Goff still hasn't thrown a touchdown since before Halloween.

Thanksgiving is in three days.