Safety Shift, The Mack Attack is Back, Radio Drama, Blame Game, and Other Bears Bullets Skip to content 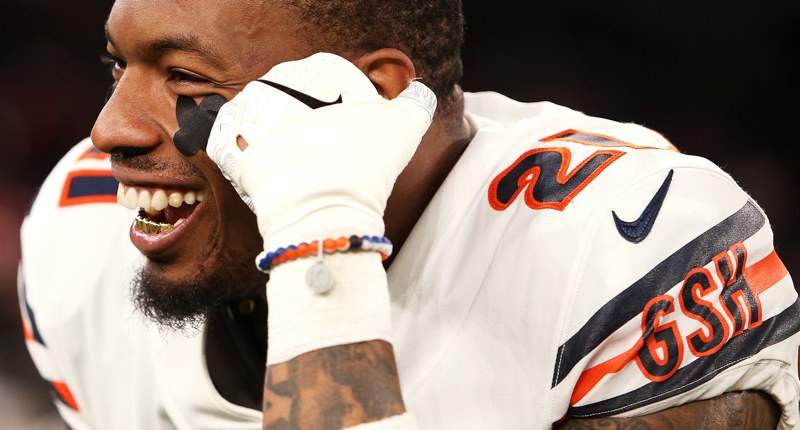 News that Twitter is reportedly planning to remove inactive accounts next month led me to feel a bit bummed out, as part of me hoped the Twitterverse would preserve my mother’s random thoughts and feelings forever.

My buddy Nick sent me this, and it really struck a chord:

Twitter has become an ecosystem and in an effort to scrape dead skin for profit in a ham-fisted way, it's going to remove poignant memorials that capture a moment in time. It's weird to feel sad about that but it's also a very good way to remember people who died in tragic ways

I definitely felt weird feeling sad about it, but I’m going to try and preserve the tweets in one way or another. But it looks like I don’t have too much time. Wish me luck!

A look at the high grades from the #Bears offense in Week 12 ⬇️ pic.twitter.com/Ak95HsQncV

Cordarrelle Patterson has been terrific on special teams. Has a return TD & has been a great gunner.

He's the 11th-highest paid player on the Bears this year.

For anyone interested here is the audio for today’s @WaddleandSilvy show with #Bears Defensive Lineman Akiem Hicks. #Bears @DOM_Frederic pic.twitter.com/bbug3ipCbv

.@The_Dream99, there was no getting you. We don't "bait" ANY of our guests. Not how we work. The relationships we've built w/ Chicago athletes over the 13yrs we've been on the air is second to none. It was a simple misunderstanding. #Respect https://t.co/g5TCPC0XoS

Being Mike Ditka's No. 1 look-alike has its perks, such as free food and drinks at tailgates — and not waiting to use the restroom.