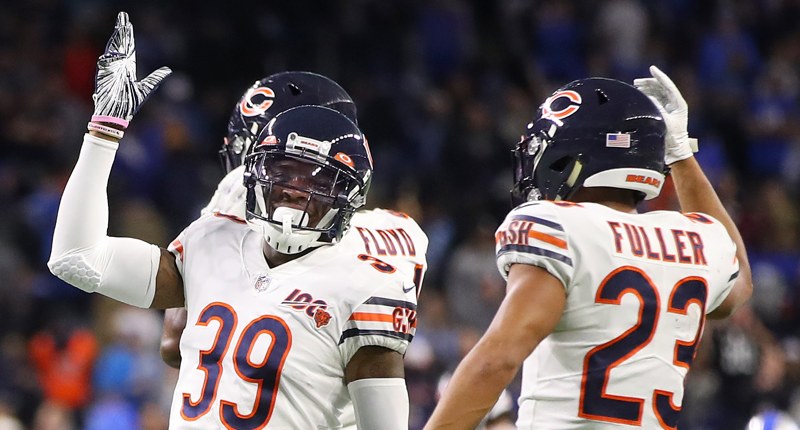 My days of participating in the wild Black Friday events are over, but that won’t stop me from safely browsing the deals at Amazon today from the comfort of home. As a reminder, when people shop at Amazon via our BN links, it supports the business with a commission. So thanks in advance, and happy shopping

FEED ME THE GRAPHIC!

Trubisky was running to the line of scrimmage, yelling at his guys to hurry to the ball. He wanted to run a quick play. Instead, new personnel came on the field, and a delay of game penalty. Again, confusion dooms the Bears.

The dumbest run I’ve ever seen. Ever. pic.twitter.com/ZuHhPUD2AD

This is objectively hilarious. Eddy Pineiro can barely warm up because of the stage. Also: no lights pic.twitter.com/DDPi17XoPb

The definition of clutch.

The MONSTER AMONG MEN #BraunStrowman has a very special custom championship for the winning team of the big Thanksgiving game, @chicagobears!

Ole Miss falls in Egg Bowl after player celebrates a touchdown by crawling and pretending to urinate like a dog. https://t.co/7DXmQGFUYW

THE KICK IS NO GOOD!

the Egg Bowl was on Russian television and the ending is the FUNNIEST THING THE ANNOUNCERS HAVE EVER SEEN pic.twitter.com/Owvu6iAgRq