No Matter the Standings, Akiem Hicks Will Play Against Packers If Healthy Skip to content 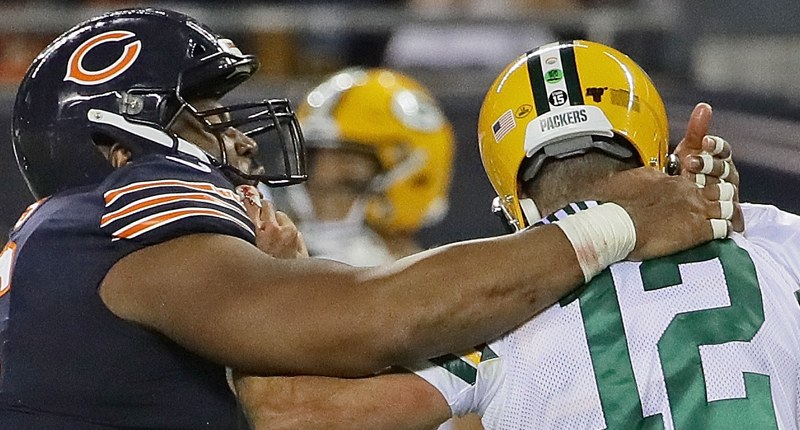 After a lengthy stint on injured reserve, Akiem Hicks was eligible to return to practice with the Bears on Sunday.

And he did just that, per Head Coach Matt Nagy.

As for Hicks’ return to the playing field, it seems like that is also on the horizon:

Matt Nagy said if Akiem Hicks is able to play against Green Bay on Dec. 15, he’ll play regardless of this week’s result vs. Dallas.

While meeting with reporters on Sunday, Nagy expressed hope that Hicks would return to play in Week 15 against the Packers. Nagy went as far as to suggest – regardless if the Bears win or lose against the Cowboys on Sunday – that Hicks would play against the Packers on Dec. 15 if he was healthy enough to do so. Getting Hicks back for the final three games would be a sight for sore eyes who have had to watch the Bears defense struggle at various points without his presence at the line of scrimmage. And if Hicks helps with a late-season push toward the playoffs, that would be wonderful.

Hicks has been out since Week 5 when he suffered an elbow injury against the Raiders. But Nagy explained how Hicks has been around the team while recovering from his injury, so it’s not as if he’ll have any issues in making a smooth transition back into things at Halas Hall. The Bears have long had faith that the injury wasn’t going to be a season-ender, but the range of dates for a possible return were vague (to say the least). But hey, there is now a firm target date for Hicks’ return, and I’d bet the Bears are excited about it.