Watson & Co. Get Credit for a Play That Looks Awfully Familiar and Other Bears Bullets Skip to content 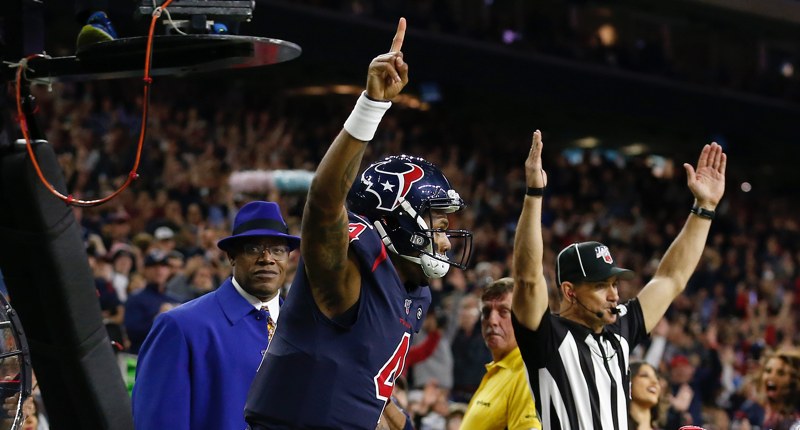 I had a dream that Chicago was hit by a surprise blizzard overnight, so I bet you can imagine the sense of relief I had when I saw no snow on the ground this morning.

Deshaun Watson is just the third QB ever with three passing TDs and 1 receiving TD in a regular season* game and the first since Jim McMahon in 1985. #NEvsHOU https://t.co/4HyUaXNArl

DeAndre Hopkins was traveling 12.07 MPH when he flipped the ball forward to Deshaun Watson for the 6-yard TD reception.

Watson had 4.0 yards of separation to the nearest defender (DL John Simon) when the pass arrived. #NEvsHOU | #WeAreTexans pic.twitter.com/RH4ShLxuNN

OK. That was cool. pic.twitter.com/oy97Mp6dnD

Wow. Bill O'Brien said Watson, Johnson and Hopkins came up with that trick play over the bye week. "They had it on a piece of notebook paper and they handed it to me." #Texans

Deshaun Watson on the trick play: "I think it was Chicago that did it … me and AJ McCarron were looking at it, watching film one day. And we were like actually we can probably run that … and then Hop saw it and Hop, of course he's like 'let's do it let's do it!'" pic.twitter.com/EgpoR7ykNy

The Eagles Stole Their Touchdown-Scoring Trick Play from the 2016 Bears https://t.co/EFi2Rw0Z6D pic.twitter.com/bz7uZBSK9I

Collinsworth: When you meet with Deshaun Watson, he’s a stud.

It is still a long shot, but the #Bears sit just a couple spots out of the playoffs right now. pic.twitter.com/zJQBHZFijl

#Bears at #Packers on Dec. 15 will remain a Noon CT game. It will be the first afternoon game between the two teams at Lambeau Field since 2010.

Bears-Chiefs in Week 16 is one to watch. Currently the SNF game. League has to decide in a week. Probably stays if Bears beat Dallas; might stay anyway.

Man … I’ve really been missing out, not watching like every single North Central (IL) game this year. pic.twitter.com/jVSDNJR49e