Watch the Tag Team of Allen Robinson and J.P. Holtz Help the Bears Draw Even (VIDEOS) Skip to content 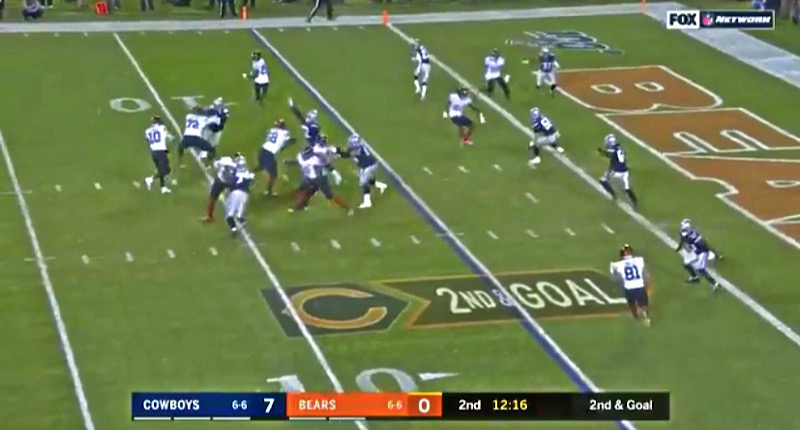 Because it seemingly happens weekly, I find often myself curious as to how Bears quarterback Mitch Trubisky is going to bounce back from some early adversity.

And after throwing a mind-numbingly stupid interception, Trubisky responded with a bang:

A short touchdown pass to Allen Robinson tied the game at 7-7. It was an impressive throw for Trubisky, who threw it where only Robinson could make the play. But let’s not overlook this excellent screen pass to J.P. Holtz:

The same cannot be said about the throw he made on the interception, but the Bears defense made sure it didn’t matter.

That group needs some stops, while the offense needs scores in order to win what should be a close game.