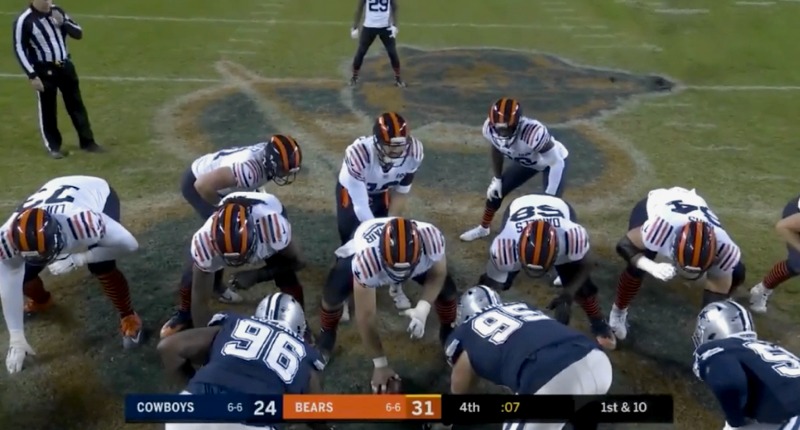 I’ve been putting off grocery shopping knowing that I’m skipping town in a few days, but not having breakfast food or juice is making me regret this decision. Who needs juice, coffee, or breakfast after last night’s Bears win, anyway?

"He’s just showing y’all what he can do. It’s no surprise to us."@AnthonyMiller_3's got nothin' but love for #10. pic.twitter.com/H6CVJ4yng9

Kevin Pierre-Louis balled out tonight. His contributions as a pass rusher were huge — created pressure on inside blitzes as well as winning on the edge from a two-point stance. Tip of the cap to the personnel department for the depth they created at ILB.

The move back to guard has been really good for Daniels, Leno is starting to look like the guy he did for most of last season, and I’m so impressed with how Lucas has been able to come in at RT and keep things rolling.