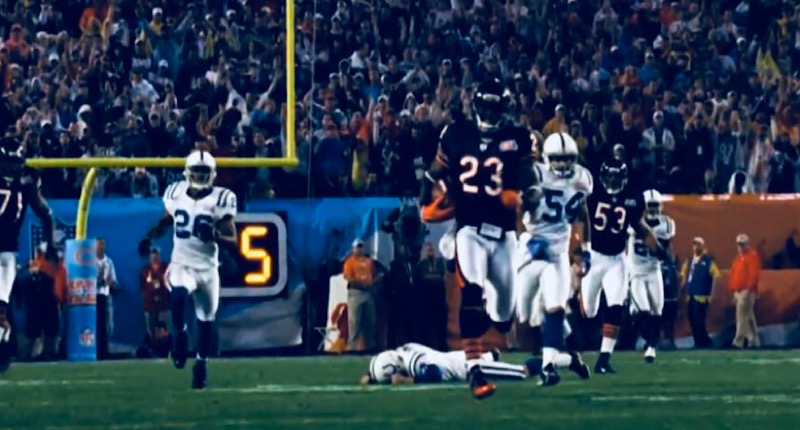 In celebration of the NFL’s 100th anniversary, the league has been rolling out a list of its 100 best players.

Naturally, the Bears have been well-represented.

And you just knew The Greatest Return Man in the History of the World was going to make the list.

Devin Hester was one of the six specialists named to the NFL 100 All-Time Team, because duh:

“This guy, to me, is the greatest returner ever,” Deion Sanders – a great returner in his time – said during the NFL Network discussion of Hester’s naming to the list. “Ever.”

Hester was joined by punters Ray Guy and Shane Lechler, kickers Adam Vinatieri and Jan Stenerud, as well as fellow return specialist Billy “White Shoes” Johnson. Special teams aces tend to get overlooked on lists like these, so I’m glad the folks behind the scenes gave these guys their due.

Alrighty, let’s re-live the magic and watch some highlights: