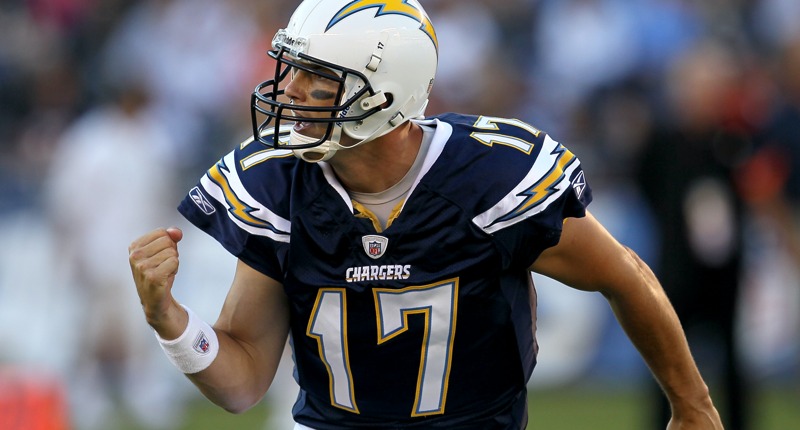 Mitch Trubisky appears to be trending in the right direction.

And yet, some league pundits still circle Chicago as the type of landing spot that would fit any number of free agent quarterbacks.

Explaining Chicago’s status as a fit for free agent quarterbacks is simple enough. Yates believes the Bears need to upgrade at the position. And because Chicago doesn’t have a first-round draft pick, free agency is the best road for the team to travel if it is ready to shake up the room. Like I said, that was easy.

But the players as fits within the Bears’ constraints isn’t as easy to piece together.

Yates views Rivers as a “fun” fit in Chicago, but the Bears should be targeting a “good” fit  … not a “fun” one.

On the surface, it would make sense to target a quarterback like Rivers. An established signal caller who is an eight-time Pro Bowler with more than 58,000 passing yards and nearly 400 passing touchdowns would bring buzz and credibility at the position. But Rivers appears to be near the end of his rope. He has seen drops in his completion percentage, TD%, yards/attempt, passer rating, and ESPN’s QBR metric, while an increase in INT%. So if you really take some time to dive into the underlying numbers, a move to Rivers doesn’t make much sense.

But on the other end of the spectrum, Bridgewater’s numbers were trending in the right direction when he was starting in place of Drew Brees. And because Bridgewater is younger than Rivers, he makes far more sense as a target. But because the Bears’ salary cap space is tight right now, they would need to be creative (hint, hint) to make cap room to fit a player of Bridgewater’s talent, ability, and upside.

It should come as no surprise that the Bears are connected to the free agent quarterback market. Because even as Trubisky pieces together solid play late in the year, he has proven to be more streaky than steady. And until that gets resolved, Chicago is going to be the place that quarterbacks will be linked to once the offseason officially rolls around.