Finally! Some Mock Drafts That DON'T Have the Bears Using a Second-Round Pick on a QB Skip to content 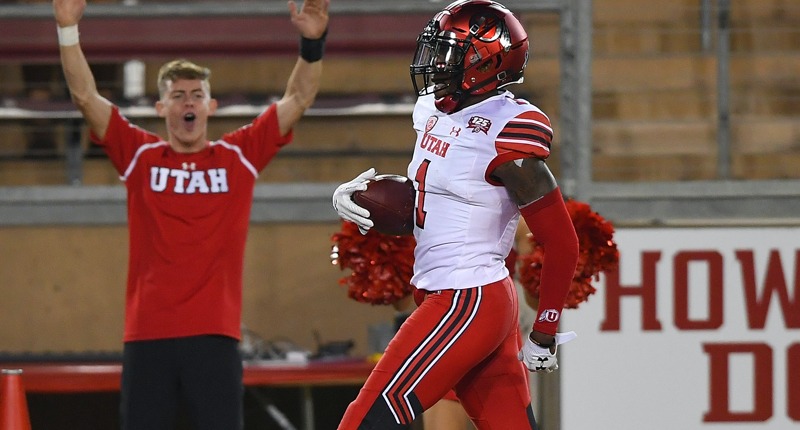 Mitch Trubisky’s recent run of competent quarterbacking has momentarily silenced the buzz surrounding the Bears and the possibility of selecting a quarterback with their first or second pick (both in the second round) in the 2020 draft.

Well, at least for now.

In DraftWire.com’s latest three-round mock, the Bears are projected to select Utah cornerback Jaylon Johnson with the first of their two second-round picks. And with the team’s second selection of the round, Chicago is predicted to take Tennessee offensive lineman Trey Smith. I’ll get to why these prospects are interesting, but it is worth noting that Draft Wire’s Luke Easterling has previously listed Oklahoma quarterback Jalen Hurts as a Bears second-round target. At a minimum, this is a change of direction that is worth bookmarking for a later date.

As for the prospects …

Johnson is a top cornerback for one of college football’s best defenses. In 2018, Johnson was an All-Pac-12 corner and was talked about as a possible All-American candidate if things went well this season. I don’t have an All-American vote, but Johnson had a standout season in the Utes’ secondary, starting all 12 games as he finished among the top of the Pac-12 leaders in pass breakups (10) and passes defended (12). Those numbers will catch the eyes of talent evaluators throughout the league, especially those who need secondary help.

For what it’s worth, the Bears could be one of those teams in need of a starter if they decide to part ways with Prince Amukamara to create some much-needed cap space. Chicago currently sits about $4.5 million over the cap, per OverTheCap.com. Cutting Amukamara in the offseason would create $9 million in cap space. All things considered, getting younger at the position and using the cap savings elsewhere isn’t the craziest idea.

Then again, neither is drafting an offensive lineman.

Tennessee offensive tackle Henry Louis Smith III (hence, “Trey”) is mocked to be the second of the Bears’ two second-round picks. Smith will be one of he draft’s most decorated offensive line prospects. He was a USA Today high school All-American in 2016, earned second-team All-SEC honors in 2017, and first-team all-conference recognition two years later. In addition to being a highly regarded college blocker, Smith has excelled at multiple positions on the line having started at left tackle earlier in the season before moving inside to left guard for the last nine games. Smith is a five-star caliber prospect, but blood clots kept him off the field for the second half of his sophomore season in 2018. And as Saturday Down South blogger Dave Hooker points out, there are more important things than football.

Despite the intrigue these prospects have, I can’t not come back to how this recent mock is the first in a while that doesn’t link the Bears and a quarterback. Sure, it’s only December, and much can change between now and April. I know we’ll run through so many iterations of mock drafts, it will make our heads spin. But at this stage of the process, it is good to have this mock serve as a reminder that the Bears aren’t beholden to drafting a quarterback — let alone choosing one in the second round.