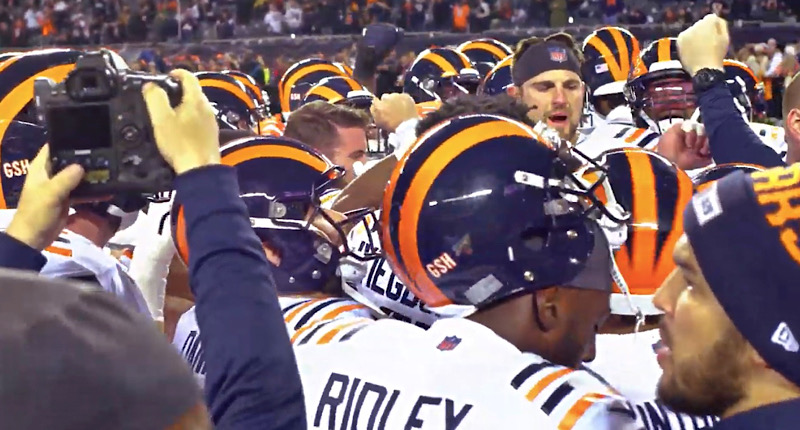 Losing a family member around the holiday season stings. Yesterday, I learned my grandmother (on my father’s side) passed away. She was a kind, caring, and loving person who always had positive vibes. I’ll miss her a lot.

With that being said, I’ll be around this weekend for Bears-Packers coverage. But you’ll probably see less of me on Monday and Tuesday, as I’ll be traveling to spend some time with family. Thanks in advance for your understanding.

Did I do this right? @lcm1986 @Michael_Cerami @Brett_A_Taylor @Schuster_Elias pic.twitter.com/Pv4jh2Qvi6

Adrian Amos made a statement in the season opener. Here's how he and (former Packer) Ha Ha Clinton-Dix compare this season. pic.twitter.com/UVmFCRLaih

Return of the Mack. #flashbackfriday

Bear down & gear up with our Chicago Bears Pro Shop today!
Want to meet @TarikCohen ? Snag a @NewEraCap from his custom design collection at Bears Fit from December 7-17 for a chance to meet & greet #29! pic.twitter.com/uQY0WDA7U9

the little dance the deer does when he scores the goal tho pic.twitter.com/Q3j60fg06M

For the first time in 34 years, UNC is playing a regular-season game in Carmichael. @BrendanRMarks talked to those who were there on the last night in the old gym.https://t.co/U55bFNnVEv

And the Award for “Worst Game of the Season” Goes to … Bulls 73, Hornets 83https://t.co/hFIUlMgqks