Well, At Least Andy Reid Still Has Some Faith in Mitch Trubisky Skip to content 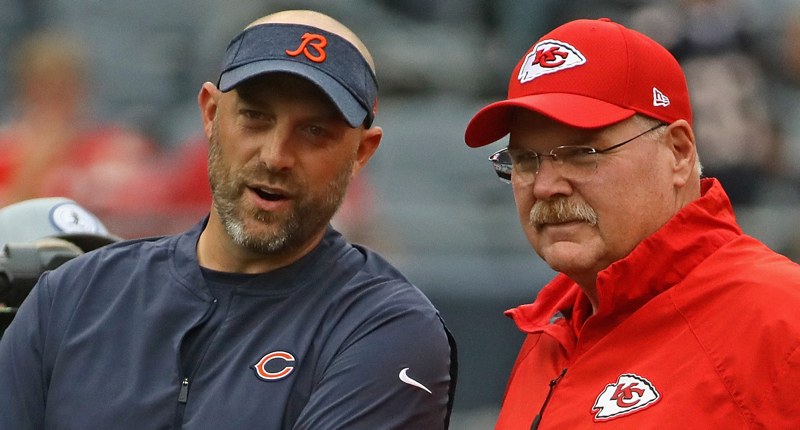 Watching the Mitch Trubisky experience has been a challenge for Bears fans.

The highs haven’t been high enough to win over skeptics. Meanwhile, the lows have opened up conversations on the long-term future of the position.

But one man who doesn’t appear to have lost faith in Trubisky is Chiefs Head Coach Andy Reid. That’s right! Matt Nagy’s guiding light still has an optimistic spin on a situation that otherwise feels bleak.

Andy Reid has noticed improvement in Mitchell Trubisky after struggles this season: "His resilience there to keep battling like he did through the year, that’s something special. And how he’s been playing good football."

There are times when coaches say things just to put something positive out there, especially when they are talking about a player who is linked with their protégé. But few coaches know Trubisky as well as Reid, who had a six-hour interview with Trubisky during the pre-draft process. Back in 2018, Reid confirmed the Chiefs’ interest in Trubisky (calling him “one of the guys we really liked”) while also admitting he came away impressed with Trubisky’s intelligence, and walked away from their time together feeling as if the North Carolina product could handle the responsibility of running his offense. Oh, what I would do to go back in time and be in on those meetings.

No, things haven’t gone as planned for Trubisky this season. A year that started off with the promise of being the young quarterback who takes a major leaping the third year as a pro will end with the bitter taste of disappointment that comes with missing the postseason, in part, because said quarterback didn’t take strides in the right direction. But there is something to be said about Trubisky’s perseverance and ability to take things in stride while trying to improve. Perhaps one day that drive and resilience will be parlayed into steady excellence on the football field.