Positive Vibes Only and Other Bears Bullets Skip to content 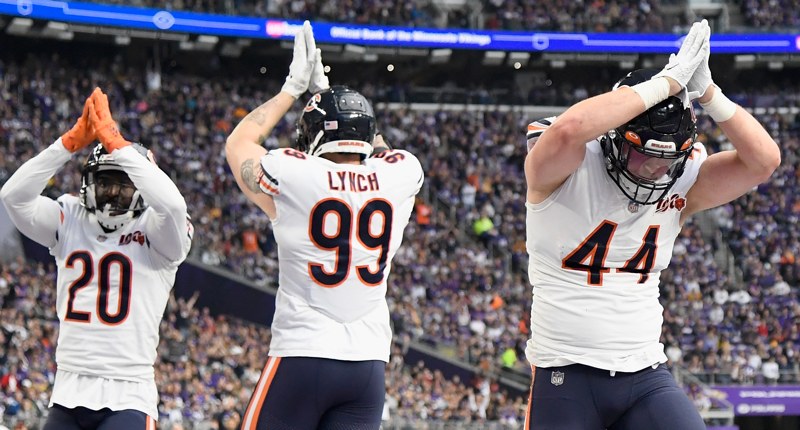 We’ve had a newsy day in these parts of the BN Universe.

Bears GM Ryan Pace was non-committal in his commitment to Mitch Trubisky as the team’s starting quarterback in 2020 during his season wrap-up press conference. Hours later, the team made some changes to the coaching staff by dismissing its offensive coordinator, offensive line coach, tight ends coach, and special teams assistant. Offseason surgeries are on the horizon for some key cogs in the Bears machine. Oh, and don’t think Ron Rivera is walking through those doors at Halas Hall to save the day, as he is off to coach Washington’s football team.

Alright, let’s swiftly roll through the final set of Bullets of the 2019 calendar year.

Kevin Pierre-Louis to reporters today as the Bears cleaned out their lockers: "I’ve been on a couple teams, and I’m able to realize what’s real and what’s not, and they have something that’s real here. Whoever is going to be here is going to be a part of something special."

Ron Rivera, who is of Puerto Rican and Mexican descent, would become the first minority coach of the Washington Redskins – not counting Lone Star Dietz, the 1933 coach whose heritage is disputed.