That Was Fast: Washington Hires Ron Rivera as Next Head Coach Skip to content 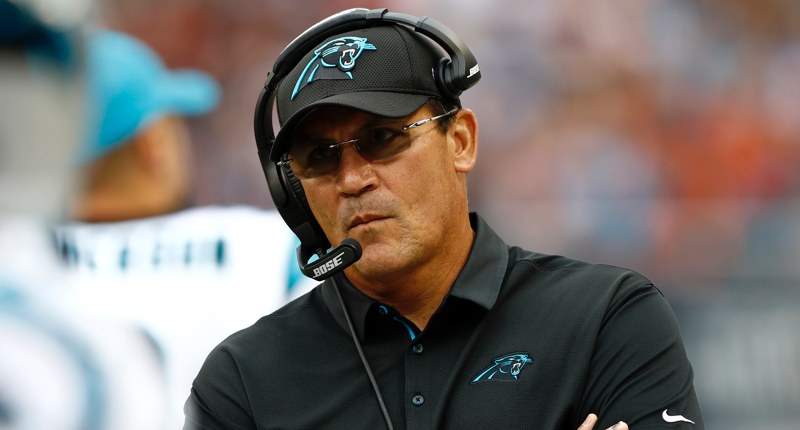 It certainly did not take long for Ron Rivera to land on his feet.

The Carolina Panthers fired Rivera in early December, allowing them to get out ahead of their own coaching search, while also positioning Rivera to latch onto a team early. So far, so good from Rivera’s end.

The #Redskins are making Ron Rivera their new coach and giving him a 5-year deal, sources say. A big commitment.

NFL Network insider Ian Rapoport reports Ron Rivera is the team’s new head coach. And indeed, this *IS*  a significant commitment for Washington’s football team. A squad that has been in disarray for the better part of a decade now has a steady, respectable leader at the top of their chain of command.

Rivera left Carolina as its all-time winningest coach, posting a 76-63-1 record, having made four postseason trips, won three NFC South championships, and even played in a Super Bowl. Without diving too deep into his credentials, it can be put as simply as this — there is no denying Rivera did an excellent job in replacing John Fox. However, the challenge of taking over a Washington squad that has perpetually under-performed and is seemingly always in duress is unlike anything he had to deal with in Carolina.

Even with Bruce Allen out as the lead decision-maker in our nation’s capital, Dan Snyder is still one of the most meddling owners in the league. But if anyone can do it, it’s an all-time Bears great and two-lime AP NFL Coach of the Year.