The Bears Need an Offensive Coordinator, You Need To See Some Candidates (So … Here's Five) Skip to content 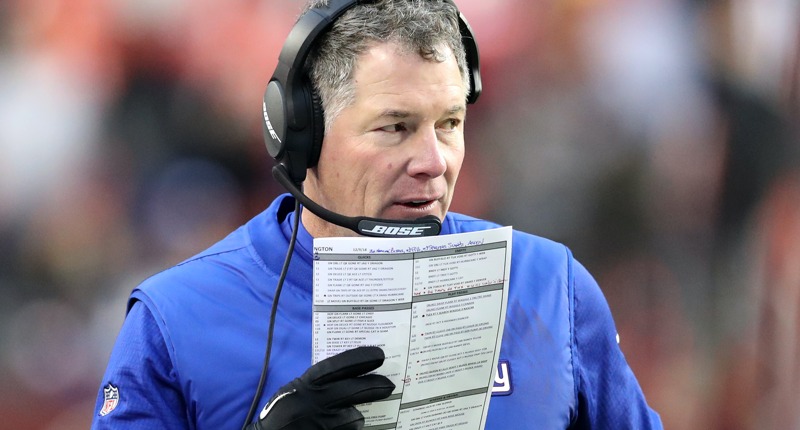 Last Wednesday, the Chicago Bears dismissed Mark Helfrich from his post as offensive coordinator, as the first step toward re-configuring the team’s identity on the offensive side of the ball. On Friday, we explored and identified the types of things the Bears should be targeting in Helfrich’s replacement. Naturally, the next step is finding the right fit.

These candidates came to mind as possible offensive coordinators the Bears could target in their search. None of them are perfect, but who is? Anyway, each of the coaches listed below hit on at least one of the important keys we highlighted in our exploration of the right type of candidate. Let’s check them out.

In a perfect world, Pat Shurmur would be at the top of the Bears’ wish list.

Indeed, he checks all the boxes. Shurmur is an experienced offensive coordinator (2009-10 Rams, 2013-15 Eagles, 2016-17 Vikings) with extensive play-calling experience, has pieced together successful running games, and has long been known as someone who can coach up quarterbacks. And as a bonus, the Bears should be well-versed in what Shurmur brings to the table because he interviewed with the team in 2018 when the head-coaching position was open. You can check out what we had to say about Shurmur and his coaching profile at the time the position was open here.

For what it’s worth, WGN Radio’s Adam Hoge identified Shurmur as a name to keep tabs on after the Giants fired him as head coach. Meanwhile, Adam Jahns of The Athletic expected the Bears to be connected to Shurmur this offseason. That Shurmur and Nagy have the Andy Reid connection only helps.

Mike Kafka figures to be the next rising star to branch out from the Andy Reid coaching tree.

Kafka is currently employed as the Chiefs QBs Coach, has worked with Nagy as a coach (and under him as a former Eagles draft pick), and is a Chicago guy who played his college ball at Northwestern. And because Patrick Mahomes has had so much success in recent years, surely Kafka’s name will soon be talked about in future head-coaching circles. But first, he’ll probably need to get some experience under his belt as an offensive coordinator. Perhaps that step comes in Chicago, where he wouldn’t be forced into calling plays early.

There are hurdles to be cleared if Kafka is the dude. First, Reid would have to give a stamp of approval on an assistant getting a promotion to a position that doesn’t allow him to call plays. And if Eric Bieniemy (the Chiefs’ current OC) ends up with a head-coaching position of his own, Reid could ultimately promote Kafka to fill that position as an internal hire (as Reid has been known to do over the years). All things considered, Kafka’s name is worth keeping an eye on for the Bears’ job.

Dave Ragone is the longest-tenured Bears coach on the offensive side of the ball having spent the last four years at the Bears’ QBs Coach. He has survived the John Fox era and Nagy’s first purge of offensive coordinators. Ragone has worked with Mitch Trubisky through thick and thin, and should know the ins and outs of this offense. And since Nagy is a Reid disciple, it wouldn’t be out of the ordinary for him to promote a coach from within.

For what it’s worth, Ragone was rumored to be getting consideration for offensive coordinator positions elsewhere last year. Ragone was a “dark horse candidate” to take the Titans position after Matt LaFleur left to take over as the Packers’ head coach. So it’s not as if Ragone hasn’t drawn outside interest for the same position before.

Like Shurmur above, Marty Mornhinweg is a failed head-coach who has found a niche as an offensive assistant. Mornhinweg has experience with Nagy and Reid, having coached with them in Philadelphia between 2008 and 2012. And as we learned with the Juan Castillo hire, familiarity seems to matter in the search to replace coaches who were dismissed.

Mornhinweg’s last job was as the Baltimore Ravens’ offensive coordinator from 2016-18. Between his time coaching Lamar Jackson and Mike Vick, Mornhinweg has ample experience molding mobile quarterbacks. That’s a good thing. But the Baltimore’s offense hit another level after dismissing him in favor of Greg Roman. Also, there was a report that Mornhinweg wanted to move Jackson to wide receiver — which he has since denied. But still … it’s noteworthy that Jackson and the Ravens have soared to new heights since Mornhinweg left town.

Even still, the thing Mornhinweg might be most known for is the time as Lions head coach when he took the wind (and not the ball) in an overtime loss at Soldier Field against the Bears. It was an all-time bone-headed decision. And while the Soldier Field wins are notoriously tricky, that decision was an all-timer.

Since the Ravens were already on my mind, it is worth offering their current QBs Coach as a possible candidate.

James Urban has coached up Lamar Jackson and the Ravens quarterbacks for the last two years, but also had an extended coaching stint with the Eagles between 2004 and 2010. The last three years of his time in Philadelphia was spent coaching along side Nagy, so this isn’t too much of a stretch to throw Urban’s name into the ring. In addition to coaching Jackson, he has also worked with Vick and Donovan McNabb while with the Eagles. There is something appealing about a coach who has ample experience coaching successful quarterbacks. Because even if Trubisky isn’t the long-term answer, the Bears are going to need some quarterback whisperers in house to groom his replacement. So with that being said, some strong voices in the room would be a good thing.

And here’s some food for thought: Back in 2017, Urban was considered as a name worth keeping an eye on to be Washington’s offensive coordinator back in 2017. The team went in a different direction, but Urban’s résumé has since grown.