Brady Wants Back, the XFL Rules Kinda Rock, Details on BoJack's Extension, and Other Bears Bullets Skip to content 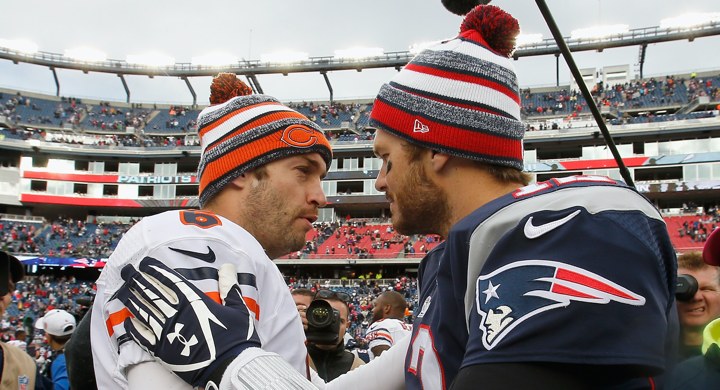 Car repairs call for an order of spiked cocoa this morning. Once the bill comes, we’ll see if a second round is in order to soften the blow or to celebrate a pleasant surprise.

I just wanted to say to all of our fans, THANK YOU! After a few days of reflection, I am so grateful and humbled by the unconditional support you have shown me the past two decades. Running out of that tunnel every week is a feeling that is hard to explain. I wish every season ended in a win, but that’s not the nature of sports (or life). Nobody plays to lose. But the reward for working hard is just that, the work!! I have been blessed to find a career I love, teammates who go to battle with me, an organization that believes in me, and fans who have been behind us every step of the way. Every one of us that works at Gillette Stadium strived to do their best, spent themselves at a worthy cause, and prepared to fail while daring greatly (h/t Teddy Roosevelt). And for that, we’ve been rewarded with something that the scoreboard won’t show – the satisfaction of knowing we gave everything to each other in pursuit of a common goal. That is what TEAM is all about. In both life and football, failure is inevitable. You dont always win. You can, however, learn from that failure, pick yourself up with great enthusiasm, and place yourself in the arena again. And that’s right where you will find me. Because I know I still have more to prove.

#CriminalMinds star @JoeMantegna was in the original @nbcsnl #Bears100 Superfans skit and he recounted how a movie was even in the works:#DaBears pic.twitter.com/HP98UZH0Zv

Joe Burrow went from conference afterthought to potential future No. 1 draft pick in a matter of months. https://t.co/b6bo2sb77w

The @xfl2020 has dropped its official rules and gives a first look at how its overtime 'rounds' compare to the NFL's OT.

This is excellent. Recommended it for a decade. Not just to speed up the game but to make OT more fair. If you know you're kicking off in OT, you can change your strategy in regulation. This could even reduce the likelihood of OT & ties overall.https://t.co/7U40pNnxCi pic.twitter.com/W3JUiTyAsI