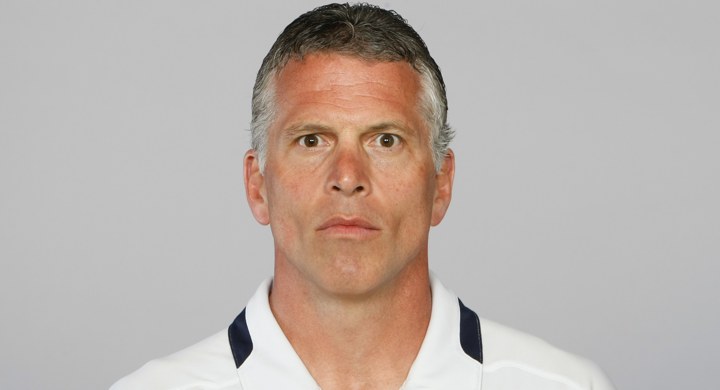 The Chicago Bears ended the 2019 season firing a handful of assistant coaches. So at some point before the 2020 campaign kicks off, the Bears will fill those vacancies with new coaches who will bring new voices and perspectives to a locker room that could use a boost. Next up, a new tight ends coach.

Bears tight ends combined to catch 46 passes, gain 416 yards, and catch two touchdown passes on the 69 times they were targeted in 2019. Not nice. In fact, quite the opposite. Trey Burton, Adam Shaheen, Jesper Horsted, J.P. Holtz, Ben Braunecker, and Eric Saubert didn’t bring much of anything to the table on offense last year. And because of it, the unit struggled. To be clear, it isn’t the only reason Chicago’s offense spent most of the year in hibernation. But when the tight end is as essential to offensive growth and potential as it is in Matt Nagy’s version of Andy Reid’s system, a lack of one can be damaging to the whole unit.

Barone brings some interesting coaching experience and connections with him to Chicago. Barone has worked with classic West Coast Offense schemers such as Norv Turner and Gary Kubiak. He has operated alongside coaches who preferred power running schemes such as Rick Dennison, Mike Zimmer, and Josh Fox. Heck, Barone even crossed paths with Josh McDaniels for a year. All of that experience with a variety of offensive perspectives could help him reach tight ends in ways the previous coach couldn’t.

With that being said, Barone will suffer the same fate his predecessor did if he is  given the same deck of cards Kevin Gilbride Jr. was handed when he was hired to coach tight ends. Because even as someone who believes there is value in changing a voice in the room and bringing in fresh perspectives of an experienced coach, I am not convinced that the G.O.A.T. tight ends coach could take that same room of players and turn them into greats with simple coaching. So, good luck, Clancy Barone. You’re gonna need it.