The Bears Are Reportedly Trying To Hire Pat Shurmur, But They're Not Alone (UPDATE: Broncos Win) Skip to content 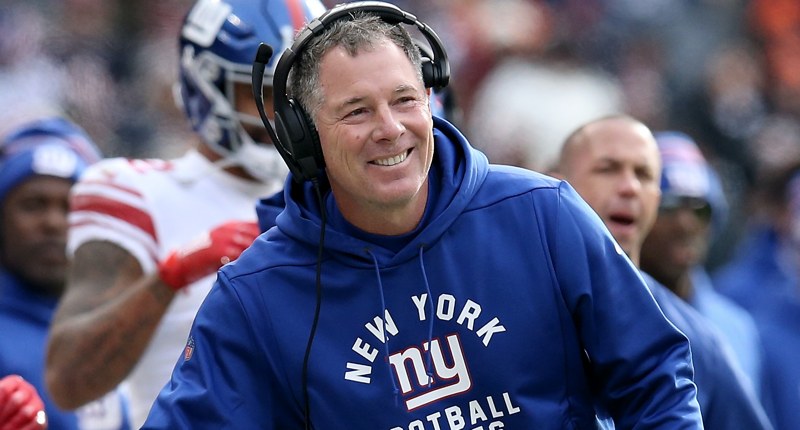 The Chicago Bears’ hunt for a new offensive coordinator is heating up.

Bears are trying to land Pat Shurmur to join their staff.

Here’s what we said about this potential union as recently as last week:

… He checks all the boxes. Shurmur is an experienced offensive coordinator (2009-10 Rams, 2013-15 Eagles, 2016-17 Vikings) with extensive play-calling experience, has pieced together successful running games, and has long been known as someone who can coach up quarterbacks. And as a bonus, the Bears should be well-versed in what Shurmur brings to the table because he interviewed with the team in 2018 when the head-coaching position was open.

But before you go penciling his name down onto the staff roster, take note that Chicago isn’t alone in this pursuit.

For one, an old friend could throw a wrench into these well-laid plans – as Vic Fangio’s Denver Broncos created an opening of their own at offensive coordinator on Sunday:

And there’s no speculation necessary, given this follow-up report from Ian Rapoport:

One strong candidate for the #Broncos vacant offensive coordinator job is Pat Shurmur, I’m told. He has plenty of interest around the league and would be a big-time hire for Vic Fangio. A rare veteran play-caller available, Shurmur would make sense for all parties.

As you can see, Shurmur is popping up as a possible candidate to take the gig in Denver, as well as Chicago. If that’s the case, we’ve already got a tight race to land one of the most experienced offensive coaches on the market between former co-workers. Neat! But … unfortunatly, that isn’t all.

Earlier today, Rapoport also reported that the Cleveland Browns are planning to hire Vikings offensive coordinator Kevin Stefanski as their new head coach, replacing Freddie Kitchens. And, obviously, that creates a bit of a domino effect that could rattle even the Bears best efforts. Specifically, Stefanski’s departure from Minnesota opens up the Vikings’ OC job (which was once Shurmur’s). And while I’ll say it only through gritted teeth, that gig is probably more tantalizing than Chicago’s.

An established quarterback (Cousins), a stud running back (Dalvin Cook), and two ace receivers (Stefon Diggs, Adam Thielen) should entice any number of able-bodied candidates, let alone a higher profile candidate like Shurmur with (apparently) plenty of options. And so long as defensive-leaning Mike Zimmer is in charge as the head coach, a bonus perk of the Vikings gig is being the CEO on the offensive side of the ball (something the Bears do not appear to be offering, vis á vis Matt Nagy). With all of that in mind, I can’t help but wonder if Shurmur would rather reunite with Zimmer in Minnesota or Fangio in Denver, than team up with Nagy in Chicago should all three teams extend offers.

As a related aside, I’ll point out that Shurmur is an extremely attractive candidate for the Bears gig, but not the only quality option affected by this news.

Stefanski’s move to Cleveland also keeps Chiefs OC Eric Bieniemy in Kansas City for the time being. Bieniemy has been a hot name on the head-coach candidate circuit the last few offseasons, but hasn’t landed the big gig just yet. In any case, his presence could turn Chiefs QBs Coach Mike Kafka into a Bears offensive coordinator candidate – i.e. had Bieniemy left for a head coaching position, Kafka would have likely been promoted to offensive coordinator (it’s a thing that Andy Reid does to reward his own coaches, but also groom them for future coaching jobs). But if Kafka is blocked in Kansas City, then Chicago could conceivably offer up the OC job as a promotion.

Clearly, there are a lot of moving parts here, but we’ll continue to juggle the key players until something gets resolved. Stay tuned.

UPDATE: Literal minutes after I clicked publish on this post, this came out:

The Broncos have won the tug of war for Pat Shurmur. He has agreed to be their new OC