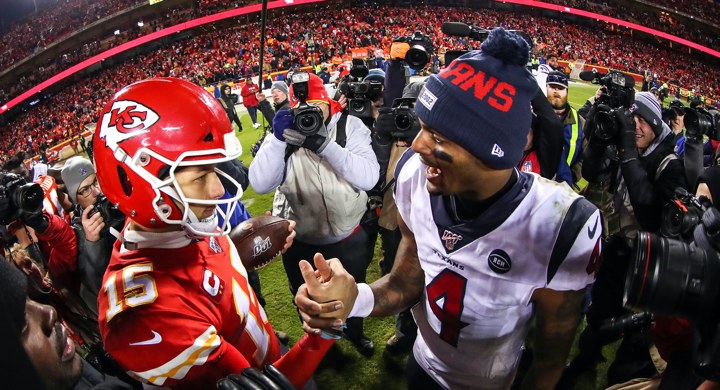 Today is my last day of cashing winning tickets, while crumpling up the losers and throwing them in a pile. Las Vegas has certainly been a treat, but I’m ready to go home. Here’s hoping my new mattress is as comfortable as my dreams desire.

The Bears scored 2 offensive touchdowns over their final 3 games of the season.

Eric Fisher is my hero pic.twitter.com/0xTQfcTjB4

That really got away from the Texans. pic.twitter.com/V2khNYmUuN

.@packers @AaronRodgers12 to @tae15adams all day long. If #AR12 did design this play, as reported, he needs to design more. Great “man beater” #BaldysBreakdowns pic.twitter.com/5o8lanIziy

This was ruled a first down on the field and stood after a review.

Did they get it right? pic.twitter.com/fgmvsLhlDD

Mike Zimmer said he spent an hour on the phone with his mentor Bill Parcells dissecting how the Vikings can get "over the hump" and to the next level. "We’ve been to the conference championship, we’ve been to the divisional game, we’ve been in a wild… https://t.co/pvxHTdE5tE

One of the most amazing moments I have had on TV. Watching @JimmyJohnson find out he is going to the @ProFootballHOF!

Jamie Newman will be transferring to the University of Georgia!

A surprise in Jacksonville: The #Jaguars are moving on from offensive coordinator John DeFilippo, sources tell me and @TomPelissero. After a season that saw him help develop rookie Gardner Minshew, DeFilippo is out and Jax will hire a new OC.