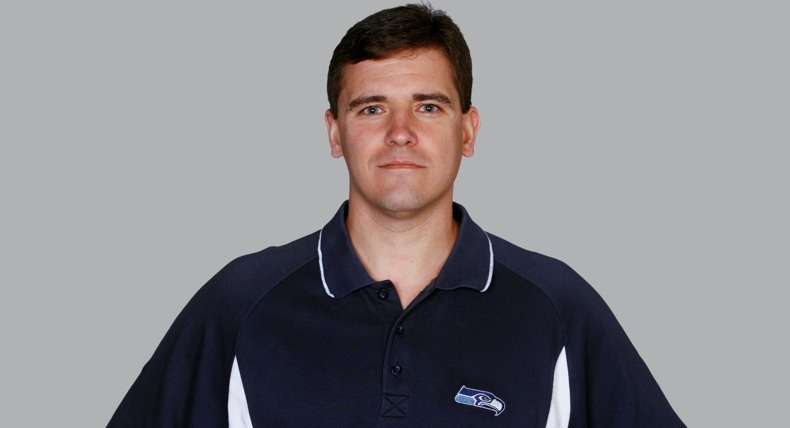 A new name has popped up as a possible candidate to become the Chicago Bears’ next offensive coordinator.

Two weeks into #Bears search for an offensive coordinator, it's worth wondering how attractive the opening is.

The Bears reportedly have an interest in Bill Lazor – who sat out the 2019 season, but has ample coaching experience – as their next OC. So what’s he all about?

Well, a majority of Lazor’s career has come coaching quarterbacks at the pro level, with stints in Washington (2006-07), Seattle (2008-09), Philadelphia (2013), and Cincinnati (2016) highlighting his résumé. He also has pro experience as an offensive coordinator in Miami (2014-15) and Cincinnati (2017-18). But while that professional experience is likely to catch your eye, the specific quarterbacks he’s coached aren’t going to get you out there stumping for him any time soon.

Here is a glance at the quarterbacks who have worked under Lazor:

Working with post-prime Mark Brunell and Matt Hasselbeck isn’t the most endearing accomplishment – neither is history with a pre-breakout Ryan Tannehill. I guess the Nick Foles thing (27 TD 2 INT in 2013) is a little intriguing. And I suppose his connection to Andy Dalton, an oft-rumored offseason target for the Bears, is also notable. Otherwise, it is a résumé that leaves something to be desired. We’ll dive into Lazor’s candidacy a bit later.

The Bears wouldn’t be in this position had they been able to lock down Shurmur as a candidate. Biggs essentially confirms reports of the Bears’ interest in Shurmur, but the opportunity to call plays in Denver – an opportunity that won’t be available in Chicago so long as Nagy is running the show – was too much to pass up.

As for Chiefs QBs Coach Mike Kafka being a possible target, Biggs hears that the Chicago area product who played his college ball at Northwestern and coached with Nagy in Kansas City is not believed to be in the running for the gig (Michael: Dang, he was looking like a mighty fine, on-the-upswing replacement).

Lazor wouldn’t be a splashy hire, but that candidate might not be out there for these Bears in this offseason. Finding a coordinator who is willing to play second fiddle to a head coach who is a play caller might be a daunting task. Hence, someone like Lazor who has prior coordinator/coaching experience, but is OK with not being the guy making the calls makes sense. Maybe we’ll get more names down the line. But even if more candidates emerge, it feels as if now is a good time to start lowering the bar of expectations when it comes to finding a new offensive coordinator.