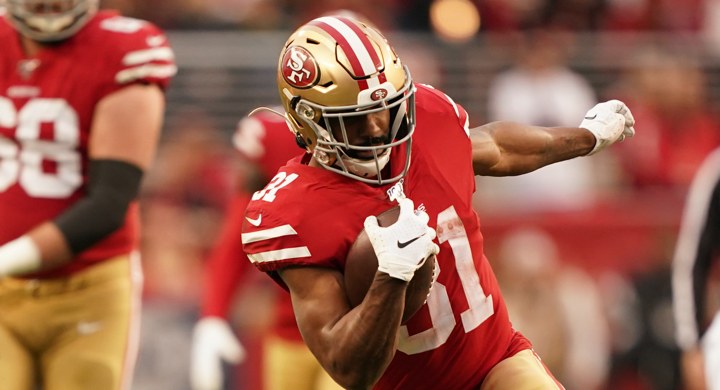 If you were worried about the Packers ruining your Super Bowl Sunday, you can put those thoughts to bed.

And if you want to send any thank you cards out to San Francisco, just make them out to some ex-Bears you might (or might not) be familiar with from their time in Chicago.

Running back Raheem Mostert, who played 17 special teams snaps for the Bears over two games in 2016, ran for 220 yards and scored four touchdowns. Robbie Gould, Chicago’s all-time leading scorer, made all four of his extra points and went 3-for-3 on his field goals, including an impressive 54-yard blast. That means that all of the points scored by the 49ers in their 37-20 win against the Packers came from ex-Bears. That’s pretty sweet! It’s almost like the Bears won the NFC Championship Game!

OK, it isn’t. But any time I get to use the #PackersLose hashtag and drop the little cheese emoji at the end feels like a win. So, enjoy it while you can. I know I will.

The 49ers victory sets up a Super Bowl matchup against the Kansas City Chiefs, who came back from a 10-point first-half deficit to win by double digits for the second time in as many weeks. Patrick Mahomes was great again, the Chiefs defense made some plays when necessary, and Andy Reid got a chance to hand the Lamar Hunt trophy to the Hunt family after punching their ticket to the Super Bowl. Cool stuff.

Now comes the hard part, as the conference champions are tasked with surviving a harrowing bye week that no one actually likes. In the meantime, we’ll turn our attention to the Senior Bowl (which presumably will have some future Bears) and Pro Bowl (which will include a handful of your current favorite players). If we’re going to get through the Super Bowl bye week, we’ll do it together. And it will be easier without the Packers hanging around to ruin the vibe.