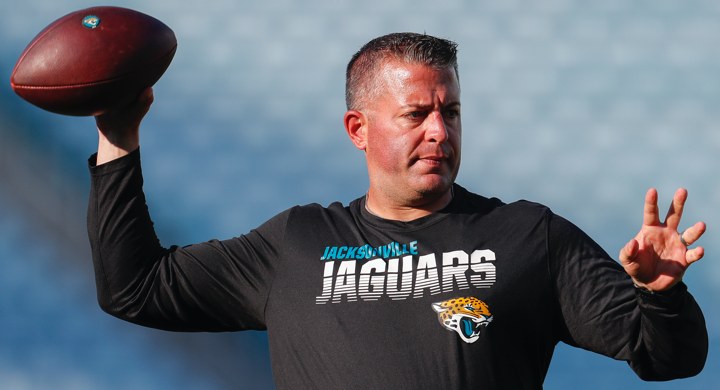 The Chicago Bears ended the 2019 season firing a handful of assistant coaches, and have since filled those vacancies with new coaches who will bring new voices and perspectives to a locker room that could use a boost. Next up, the new quarterbacks coach.

Clearly, the Bears liked what they heard from DeFilippo when he interviewed to be the head coach back in 2018. So much so, they brought him into the fold as the team’s new quarterbacks coach. DeFilippo’s work with quarterbacks has been highly lauded for years. Because while his experience with Carson Wentz is most notable, that he has worked well with all sorts of different types of quarterbacks might be the most intriguing thing on his résumé. Whether it’s rookies (Wentz, Garnder Minshew II, JaMarcus Russell, Derek Carr) or veterans (Kirk Cousins, Josh McCown, Nick Foles), DeFilippo has a body of work that is nothing short of impressive.

With that being said, DeFilippo will need to lean hard into his coaching past (especially the film-room study) in order to unlock the best of Mitch Trubisky.

True story: DeFilippo once coaxed a 77.1 passer rating from JaMarcus Russell in 2008. No fooling. Russell threw for 2,423 yards, 13 touchdowns (3.5 TD%), and 8 interceptions (2.2 INT%). It was the best year of Russell’s career, which ended in 2009. If anyone can get Trubisky back on track, it’s a coach like DeFilippo who helped an all-time NFL bust into a respectable season while working as his position coach. And if it works out, DeFilippo’s stock will certainly be on the rise again.