Jackson Locks It Down, Patterson Flies By All, Stars of Senior Bowls Past, and Other Bears Bullets Skip to content 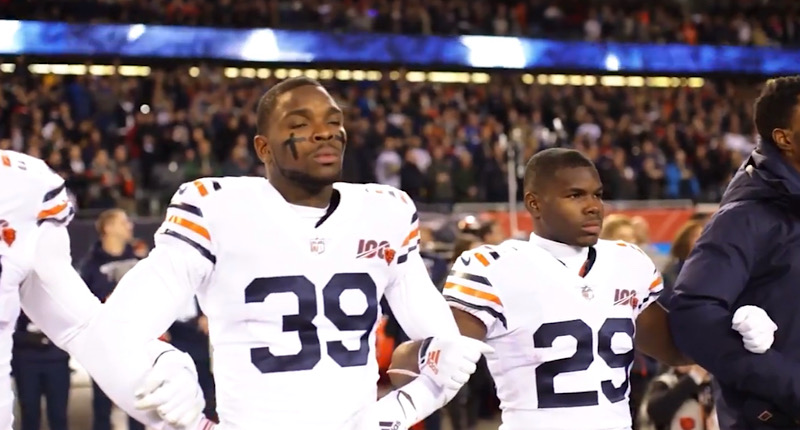 It is an awkward feeling when a friend gives you a food recommendation that doesn’t live up to the hype. Like … how do I tell them their suggestion wasn’t as good as they made it out to be without hurting their feelings? Because Chicagoans – probably more than any other citizen – will ride harder for what and where they eat than someone from any other city.

And yet, my ears, mouth, and stomach are open to all sorts of recommendations. Except for fish … it’s a thing I have that is too complicated to explain online.

An AJ McCarron injury, an impressive East-West Shrine Game, and an opportunity to impress 32 teams for a week.@PSchrags says @JimmyG_10 is the perfect example of what @seniorbowl week can do for a lesser-known name. pic.twitter.com/L7bIRyvnfg

Catch @ceeflashpee at the #ProBowl this week… if you can. #NextGenStats

Just a simple boot with a delay but I like the 49ers set it up with motion.

– Deebo Samuel starts out as a stacked receiver then motions to other side and runs flat
– FB Juszczyk motions from backfield to H-back and runs delay
– Good job from QB of getting hips around to left pic.twitter.com/9i3t9MK4n1

Lauri Markkanen Was Supposed to Take a Step Forward This Season … What Happened?https://t.co/UoSnSAvJ6o