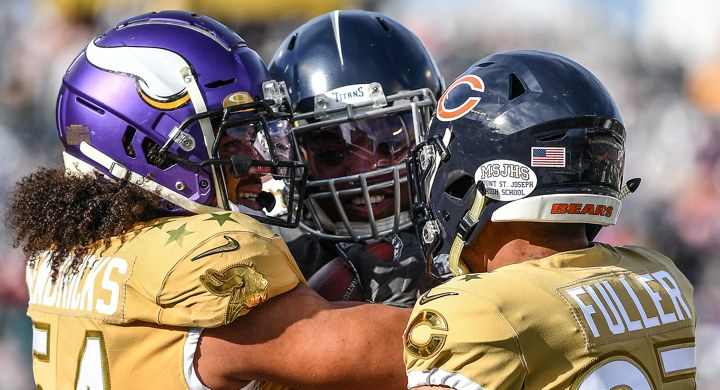 Have you ever noticed how many “handshake” .gifs there are in your phone’s library? Or how many Twitter has at its disposal? Do yourself a solid and send one to a friend today.

“People might say it’s weird: ‘You don’t know Kobe.’ I know I don’t know him, but it felt like I know him, I’ve been following his career for so long. You feel like you know a person.”
— #Bears safety Eddie Jackson https://t.co/bQKy0CJ0yO

Kobe’s legacy will live on so powerfully throughout history. We were lucky to witness such excellence. Best course of action is to incorporate mamba mentality in your life and celebrate his existence and the impact he had on the game, his family and the people who adored him.

20 years ago today: the greatest trade in NFL history. pic.twitter.com/izcPs4h0GV