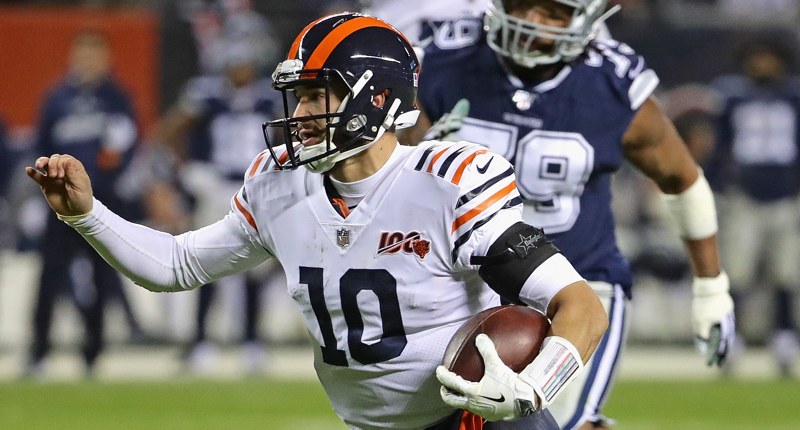 The Super Bowl is in five days.

Each passing day moves us closer to the big game (and that’s great), but I have a small hurdle to clear before week’s end: I have to make a dish for a party, and naturally, I don’t know what I want to make. It has to be good, but it can’t be show-stealing good. But most importantly, it needs to be easy. Thoughts? Ideas? I’m all ears over on Twitter. (Michael: Do some fancy, home-made potato skins).

Here’s what the NFL is saying about the social media hackings that included the #Bears’ twitter account: pic.twitter.com/gDLRffYpXC

#Chiefs coach Andy Reid says at his press conference that his team has no injuries. “We’re healthy and ready to go.” Both teams at or near 100% for the Super Bowl.

“The average time to throw didn’t change all that much and the pressure got there a little faster, but the Bears still ranked right around average both in pressure rate and pass block win rate.”https://t.co/VhpwXkV0R4

Yesterday @Johnathan_Wood1 examined the non-QB reasons for the 2019 passing game’s decline. Today, he fixed on number 10. And discovered (or at least confirmed) he played like number 2.https://t.co/3FcUWbWDQ4

“Areas of weakness remained, his biggest passing positive from 2018…the short passing game…vanished. Add that to his non-passing strengths (avoiding sacks, running) disappearing, and we’re left with a bad QB.”https://t.co/WUVNtKYzVp

"I think he’ll be fine," Mitch Trubisky's high school coach said. "He’s talented. . . . You saw at the end of the year where he was and where he’s going to be.

"I think [the Bears] will be in good shape next year and get things going."https://t.co/qFg7dUdL3D

If you could change 1 play in Super Bowl history, which would it be?

Bulls and Spurs Open with 8 and 24-Second Violations to Honor Kobe Bryant (VIDEO)https://t.co/puaV4NSotY