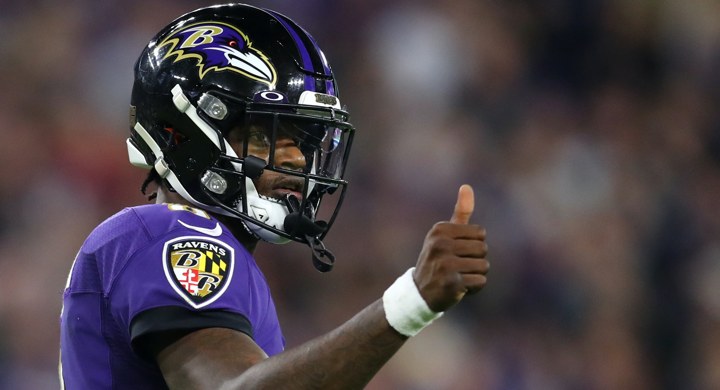 On the eve of the Super Bowl, the NFL announced its award winners, with Baltimore Ravens quarterback Lamar Jackson taking home the biggest honors of the night.

Jackson was named the league’s unanimous MVP, an award that was well-deserved after a stellar season from start to finish for the second-year quarterback. The 2019 season was one where Jackson ran circles around defenses as a true dual-threat signal caller. Jackson led the league with 36 touchdown passes, set a new gold standard for running quarterbacks by rushing for 1,206 yards on the ground, and tacked on 3,127 passing yards for good measure.

So much for the chatter questioning Jackson’s ability to stick at quarterback.

Here’s how good Jackson was in 2019: Bears backup QB Chase Daniel suggested that the team copy what the Ravens did with how they used their quarterback in the running game. Hey, it’s a thought! Here’s hoping it’s one the powers that be at Halas Hall throw in the incubator in the offseason. And who knows, maybe they already have an idea of what they want to do. After all, the Bears met with Jackson at the NFL Scouting Combine as part of their pre-draft interviews in 2018.

As for the rest of the awards the league handed out on Saturday night: