Andy Reid Got His Gatorade Shower! And Other Bears Bullets Skip to content 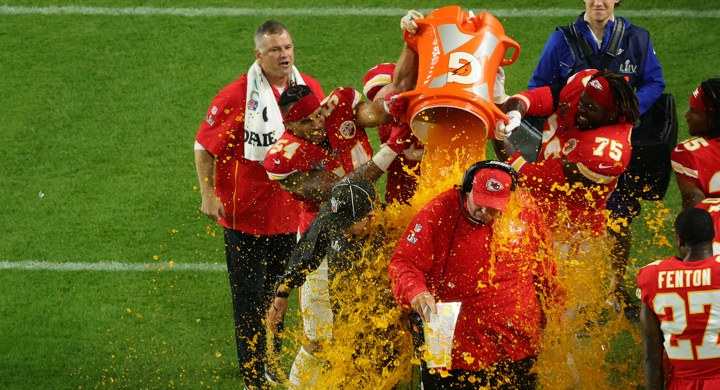 Sure, I’m happy with the result of the props and futures bets I made connected to yesterday’s football game. But I’m most proud that all the cookies I baked for my Super Bowl party were gone by the end of game. There were other desserts left on that table, but not the ones made by yours truly. I guess someone liked them!

How the 49ers Blew Their Super Bowl LIV Hopes https://t.co/d7JnaQPOt8 via @ringer

The third-and-10 bomb from Garoppolo. pic.twitter.com/2dvmgDv5yJ

Patrick Mahomes is 24 years old, has made 36 NFL starts, and his resume already includes:

Chiefs OC Eric Bieniemy says he got this play design from watching this old Rose Bowl game. Michigan ran it over & over in a 49-0 win over USC pic.twitter.com/0uGYxxUnST

Damien Williams is the first player EVER with 100+ rush yards, plus a rushing and receiving TD in a Super Bowl. pic.twitter.com/tt3lMtXdbA

Me watching Javy Baez do literally anything. pic.twitter.com/PJ5n7JWQpU

Before the Super Bowl, the NFL honors Kobe and the other victims of the helicopter crash in California a week ago— pic.twitter.com/x0GkR2FcMF