Looks Like We’ll See an Early Run on QBs in the 2020 NFL Draft (Bears Left in the Cold?) Skip to content 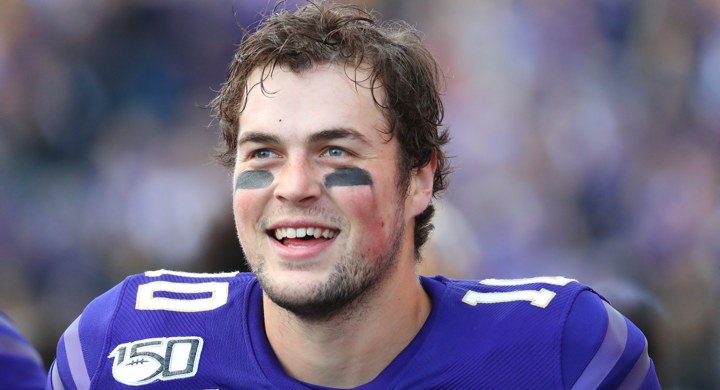 The buzz surrounding the 2020 NFL Draft-eligible quarterbacks continues to grow. And if this pace keeps up, there’ll be little doubt that at least five QBs are selected in Round 1.

Michael Renner (PFF) comes close to being the fourth draftnik to have a five-QB first round, but stops short with just four (Sorry, Mr. Eason. You’ll have to take it up with PFF as to why you were the odd-man out).

Ultimately, five quarterbacks going in the first round could do a number on the Chicago Bears’ draft plans. Pushing all those signal callers into Round 1 could push first-round talents at other positions down the draft board. And considering Chicago’s needs at a variety of positions, this would probably be a welcome sign. Then again, it might not be all that welcome if the Bears were hoping to use some draft capital on a developmental quarterback prospect in Round 2. Because in addition to having two open spots on the quarterback depth chart, let’s not lose sight that Mitch Trubisky is in the final year of his rookie deal and the fifth-year option isn’t guaranteed to be picked up.

In the end, I can’t imagine this front office watching that Super Bowl and not thinking about rounding out that position group with young talent that has upside and room to grow. But if five quarterbacks are off the board by the time the second round starts, that would limit the Bears’ opportunities to snag a preferred prospect.

So let’s continue to keep an eye on the quarterback makes develops. Things will only continue to get more interesting as more QBs leap up draft boards.