2020 Bears Offseason Outlook: You Can Never Have Too Much Cornerback Help Skip to content 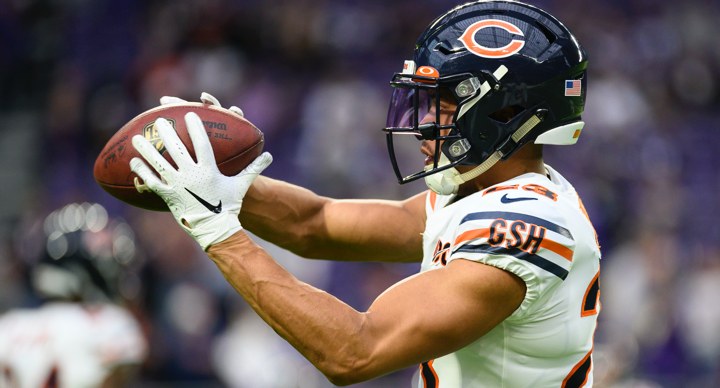 The Bears are positioned to bring back starters Kyle Fuller, Prince Amukamara, and Buster Skrine for another season. Fuller is coming off what some might consider a “down” year despite making the Pro Bowl because he wasn’t as good as he was three years ago in the final year of his rookie deal or in 2018 when he was a first-team All-Pro corner. Amukamara was steady as usual until a hamstring injury slowed him down at the end of the season. Skrine was a pleasant surprise, showing there was indeed value in durability and availability from the slot corner spot.

Unlike last season when the team was weighing its options regarding Bryce Callahan’s future, the Bears don’t have any prime free agents coming off the books this offseason.

The marquee name that could be on the offseason chopping block is Prince Amukamara, who enters the final year of a contract he signed in 2018. Cutting Amukamara could open up $9 million in cap space at the cost of a dead money hit of $1 million. Sure, the Bears would need to find a replacement starter if they parted ways with Amukamara. But $9 million is a significant chunk of change.

An alternative to cutting Amukamara would be to restructure his deal. The Bears might be wise to look at what they did with Kyle Long’s re-worked deal last offseason for inspiration.

I’m hesitant to write about the cornerback position as if it’s an area of great need. After all, Fuller, Amukamara, and Skrine make for a darn good trio of starting corners. But in a division that features Aaron Rodgers, Matthew Stafford (Tua?), and Kirk Cousins slinging the pill across the field, there is no such thing as having too much cornerback help.

With that being said, the Bears have a tough decision to make regarding Amukamara’s future. Cutting a starter during an apparent window of contention isn’t ideal. But paying a soon-to-be 31-year-old cornerback – who had hamstring issues late in the season – $9 million doesn’t seem like the best option either. A restructuring of the deal or even a short extension that lessens the 2020 cap hit would be a hedge, but one that could possibly suit both parties.

Once that hurdle is cleared, the Bears should turn their eyes to improving the group with a variety of offseason moves. Should Chicago find a younger and more cost-efficient starting-caliber option in free agency, that would be a wise way to re-allocate the free agent savings from letting go of Amukamara (if it comes to it).

The draft could provide long-term options, too. And while GM Ryan Pace and his staff haven’t been great at finding high-end corners in the draft, this class looks like it has plenty of talent to choose from should they decide to go down this road. A.J. Terrell (Clemson) and Jaylon Johnson (Utah) are projected second-round picks who could be available when the Bears are on the clock in Day 2.

No matter how they go about it, bolstering the secondary should be a priority for the front office this offseason.