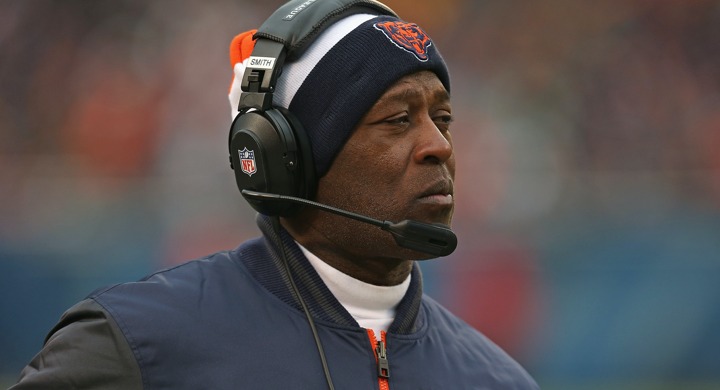 If the projected weekend forecast holds up, I’m going to take some time to throw a couple steaks on the grill. Because once the temperatures hit 45 in Chicago, it’s officially spring. Those are the rules, my friends. I just abide by them.

If the NFL is truly serious about making money, the playoffs should just be a per-conference round robin really. It wouldn’t be hard to get the Super Bowl pushed back into April, closer to the draft. Ya know?

I honestly wouldn't be surprised if the #Bears head into the thick of the offseason with a bunch of different TEs in OTAs/camp.

They know it is a position of need.

The more I've read up on #Bears LB Nick Kwiatkoski, the more I think he makes sense for the #Eagles.

He wasn't in my initial list of potential linebacker replacements for Nigel Bradham, but he can play MIKE and SAM and is a good blitzer. He also probably fits the price range.

Who is the starting QB for each of these teams in 2020?

George Halas was a pioneer, in more than just football.

The story of Papa Bear's venture into professional basketball. ⤵️