2020 Bears Offseason Outlook: Who's Gonna Play Next to the Best Safety in Football? Skip to content 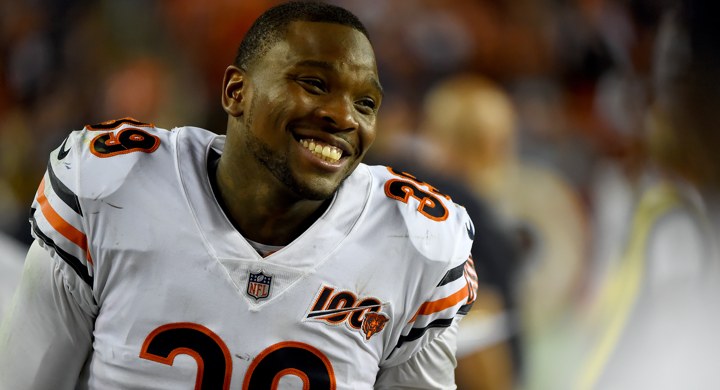 Eddie Jackson might be the best draft pick of the Ryan Pace era, and he is going to be here for a while after signing a deal that made him the league’s highest paid safety. Here’s hoping Jackson enjoys it while he can, as his market-setting deal will certainly be followed by contemporaries surpassing it soon enough.

The only other safety under contract with the Bears is ex-Packer Kentrell Brice (who signed in January).

There could be a mass exodus of defensive backs leaving Chicago via free agency this offseason.

Starter Ha Ha Clinton-Dix made the most of his one year in Chicago and positioned himself to get a rewarding multi-year contract from a safety-needy team with more cap space. Reserves Deon Bush (fourth-round pick in 2016) and DeAndre Houston-Carson (sixth-rounder in 2016) have been solid backups, special teams contributor, and examples of how well the Bears have drafted for depth in previous years. Nickelback-turned-safety Sherrick McManis is also set to become a free agent. If McManis returns, he will be the longest-tenured member of the Bears.

It’s just Eddie Jackson hanging out in the safeties room looking like Will Smith in that one episode of “Fresh Prince” when he’s in the empty living room by himself wondering where everyone else has gone.

When it comes to addressing the safety position this offseason, it’s less about upgrading (I mean, how do you upgrade from the best safety in football?) and more about properly complementing what Jackson does well.

Jackson is at his best when he plays center field, preys on opposing quarterbacks, and is a playmaker in the secondary. But teams stopped throwing in Jackson’s general direction, which is why I think Defensive Coordinator Chuck Pagano tweaked his defense to put Jackson in different roles to maximize an all-world talent. Jackson played a bunch of nickel corner last year and spent a considerable time near the line of scrimmage. Hence, a career high five tackles-for-loss in 2019.

The Bears need to strike a balance when finding Jackson’s safety partner. This player needs to be able to play (and excel) near the line of scrimmage, which will allow Jackson to thrive on the back end as a traditional free safety. But in a pass-happy league in a division where Aaron Rodgers, Matthew Stafford, and Kirk Cousins are slinging it, this safety also needs to be able to be a difference maker in coverage.

If Chicago turns to the draft, safeties such as Antoine Winfield Jr. (Minnesota), Kyle Dugger (Division II’s Lenoir-Rhyne), Jeremy Chinn (and not just because he went to Southern Illinois), and Shyheim Carter (Alabama) stand out to me as my favorite draft-eligible safety prospects.

The alternative would be to find another safety who could view playing in Chicago’s an opportunity to rebuild their value playing with a talented squad on a one-year “prove it” deal before trying to strike it rich in free agency. Karl Joseph (Raiders), Damarious Randall (Browns), and Vonn Bell (Saints) could be options. So does Kendall Fuller, but he might be better off as a slot corner at this stage of his career. I am also partial to the versatile Jimmie Ward, who is projected to get just a two-year deal worth $16 million ($6 million guaranteed) by OverTheCap.com this offseason. And I won’t rule out the return of Deon Bush to slide into a starting role.

Perhaps an ideal plan of attack here would be to pluck someone on a short-term deal in free agency, then draft the long-term replacement in the draft. A combo plan could be the best of both worlds.