If Tom Brady Isn't Heading Back to New England ... Where's He Going? Skip to content 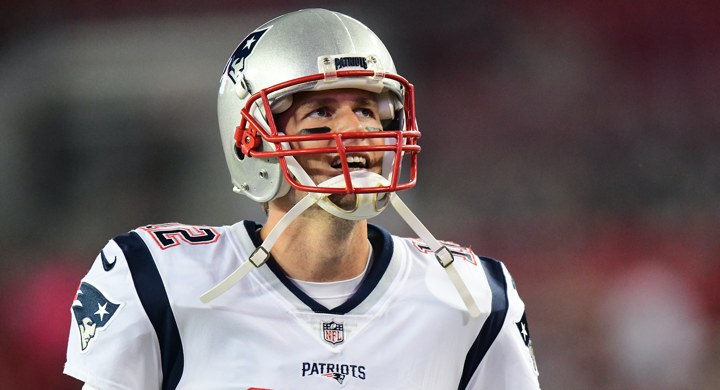 At this time last year, envisioning Tom Brady on any team other than the Patriots was unfathomable. He had just won another Super Bowl ring and was positioned for more, as the presumptive 2019 NFL season favorites.

Not only did New England’s dynasty take a body blow in their late-season loss to the Dolphins (which lost them home-field advantage, setting the team up for an opening-round upset at the hands of the Titans), but Brady’s future with the team is as uncertain as ever. The latest reports regarding the best to ever do it don’t sound all too encouraging for Patriots fans hoping Brady sticks around.

“I’m now at the point where I would be stunned if Tom Brady went back to New England.”

I’m now at a point where I am stunned that we are getting reports from reporters who would be stunned if Brady went back to New England.

But still … a lot has to go into that for it to happen. It’s hard to imagine Bill Belichick not pulling Brady aside and requesting one more run at a title. It’s a challenge to envision a 42-year-old Brady putting aside a two decade run of dominance with the Patriots in order to test the free agent waters for the first time in his career. And even if that were to occur, it is still quite a hurdle to imagine Brady signing on someone else’s dotted line and putting on another uniform.

And yet, Darlington says he has heard from people close to Brady. Those conversations have led Darlington to this point where he wouldn’t be surprised to see Brady move on. Apparently, he isn’t alone.

The Patriots still have not reached out to Tom Brady. According to a source, “it’s not looking good”

Karen Guregian of the Boston Herald hears from a source that the Pats have yet to reach out to Brady regarding contract talks. That a source communicates “it’s not looking good” is quite jarring. Then again, things can change between now and the start of the “legal tampering” period that opens up on March 16.

And then there’s this from Ben Volin of the Boston Globe:

On Football: Beware the Bucs in the Tom Brady sweepstakes https://t.co/sD08OEzBiP

The Buccaneers have the fourth-most effective cap space, according to OverTheCap.com’s calculations. At $79,894,844, Tampa Bay could effectively sign a quarterback with high salary demands and put pieces around him to build an instant contender. But money is just the start of things the Bucs have going for them should they pursue Brady. Tampa has a quarterback-friendly offense, a successful offensive innovator in Bruce Arians, some top-flight pass-catchers (including Mike Evans and Chris Godwin), and the fifth best defense by Football Outsiders’ DVOA standards.

Tack on the fact that Tampa Bay plays a vast majority of its games in warm weather or climate-controlled conditions (such as road games in domes at New Orleans and Atlanta), and it makes the Buccaneers look like the type of team Brady would be interested in signing with this offseason.

Let’s keep an eye on Brady and the Bucs moving forward. Not just because of how it could possibly impact the quarterback market, but also because the Buccaneers are scheduled to visit the Bears in 2020. Who will quarterback them remains to be seen.