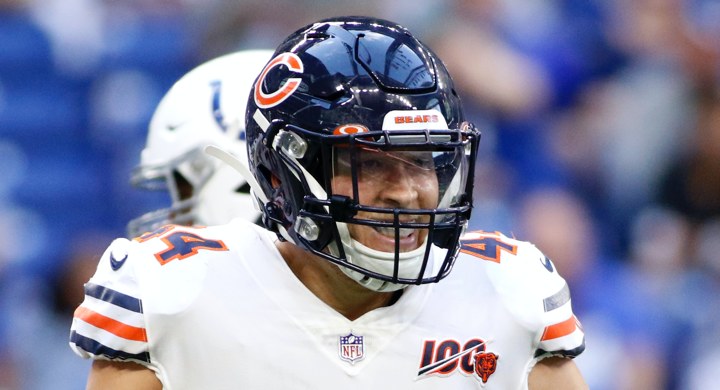 Aaron Nagler of Cheesehead TV has heard some buzz surrounding the Packers’ pursuit of a standout Bears defender.

The Packers are going to be in on Nick Kwiatkoski.

The Packers planning to be “in” on Bears linebacker Nick Kwiatkoski makes sense, as this seems to be a case of history repeating itself with this now being the third consecutive offseason in which Green Bay has had its sights on reeling in a Chicago defensive player in free agency.

In 2018, it was cornerback Kyle Fuller signing an offer sheet as a player on the transition tag. The Bears quickly matched it to retain Fuller, who has turned in two Pro Bowl season since signing the deal. A year later, it was safety Adrian Amos who signed on the dotted line as an unrestricted free agent and left for Green Bay. Chicago will likely get a compensatory pick for losing Amos as a free agent, but the Bears are in the market for a safety to play nett to Eddie Jackson for a second consecutive offseason. And now it’s Kwiatkoski, who is still in the prime of his career and has done everything to prove he is worthy of a full-time starting gig.

But also, the Packers could be searching for an upgrade at inside linebacker with Blake Martinez set for free agency, too. There’s a need on the Packers end, a fit with Kwiatkoski, and a mild annoyance that the Packers could be swooping in (again) to make their own defense better, while simultaneously weakening the Bears’ group.

Kwiatkoski is one of Bears GM Ryan Pace’s success stories. And losing those types of players tends to sting. Kwiatkoski was a 2016 fourth-round pick who has done everything asked of him since arriving in Chicago. He has filled in as a starting inside linebacker, grown into a core special teams contributor, flipped to the offensive side of the ball to catch a two-point conversion, and more. Kwiatkoski has worn a lot of hats in Chicago. And in turn, he has become a solid player, fan favorite, and someone well-positioned to cash in when free agency begins.

Unfortunately, the team that could be ready to hand him some major cash is the hated Packers.