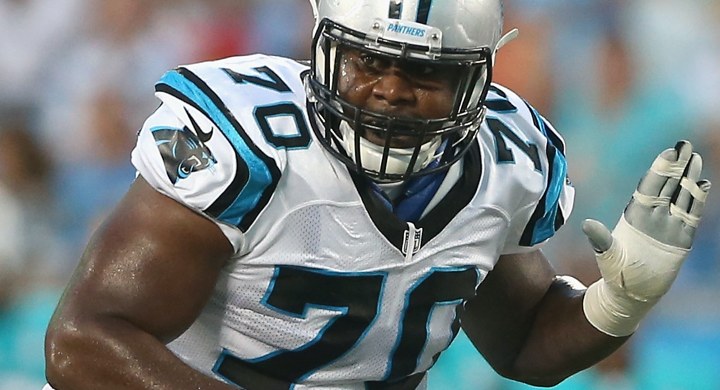 The next wave of sweeping changes could be on the horizon for the Carolina Panthers.

They already have a new owner and head coach on hand. And two fresh sets of eyes on the franchise could lead to the team positioning itself to sell off some pieces. Among them is reportedly a perennial Pro Bowl guard.

ESPN’s Jenna Laine has the scoop:

Two players I’m told are being shopped around, per sources in Indy: Cordy Glenn (Bengals) and Trai Turner (Panthers). If no trade partner can be found, Glenn would be released.

Right guard Trai Turner is reportedly on the trade block. Turner, 26, is probably one of the last players I expected to be shopped, but a rebuilding team could be looking to extract maximum value from its top assets. Through that lens, Turner would be fit to be dealt.

Turner has 84 games (80 starts) of NFL experience and has played at a high level since being selected in the third round (92nd overall) in the 2014 NFL Draft. He has made the Pro Bowl in each of the last five seasons and is under contract for the next two years with cap numbers of $12.898 million and $15.398 million, per OverTheCap.com. Turner signed a four-year extension worth $45 million in July 2017, but that was under the old regime. Maybe missing nine games over the span of the last three years has pushed Carolina’s new decision makers to try to get out of the deal while they can get something in return. If that’s the case, maybe the Chicago Bears should be inquiring about the asking price.

Much of the offseason focus for the Bears has been at quarterback and tight end, but that gaping hole at right guard is large and troubling. Kyle Long’s retirement and the uninspiring play of the players who replaced him in the lineup makes guard a high-priority need this offseason. And while I have browsed through free agent options and possible draft picks, trading for Turner wasn’t something on my radar until his availability was made public – Pro Bowl right guards don’t grow on trees. So if the Panthers are actually looking to move Turner, the Bears— knowing that they have a need at the position — should probably be checking in.

Of course, the Bears are limited with what they can do in a trade because they don’t have a first-round pick. And because 26-year-old Pro Bowl guards don’t hit the market too often, the Panthers should be able to fetch a nice haul in a deal that sends Turner packing. That doesn’t mean Chicago shouldn’t be interested. It just means they’ll have to be creative, if they’re going to be anything at all. So let’s keep this situation on our radar for now, especially since it features (1) a player at a position of need for the Bears and (2) a 2020 opponent.