Small School Crushes, Dalton's Other Options, Trestman Gets a Dub, and Other Bears Bullets Skip to content 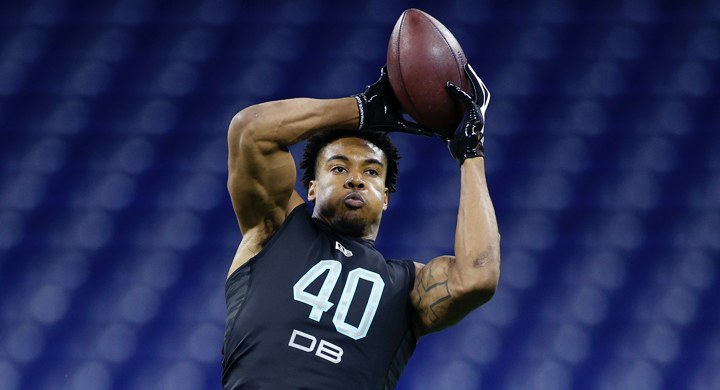 I tried something new on the grill yesterday.

In a most unconventional way to make mashed potatoes, I took red potatoes, seasoned them with extra virgin olive oil and a bunch of herbs from my cabinet, grilled them for an hour or so, brought them back into the house, smashed them, tossed in some milk and butter, then — BOOM! — dinner time. I’m definitely trying that again sometime soon.

Here is another great rep by Jeremy Chinn. He times the blitz perfectly, dips his shoulder under the center and brings down the quarterback for a big loss. pic.twitter.com/0vbEYhTLK2

Jeremy Chinn (Southern Illinois) & Kyle Dugger (Lenoir-Rhyne) finished the night with the top Athleticism Scores among 2020 safeties based on their combine workout.

Chinn & Dugger are the only non-FBS safeties since 2003 to finish with a max 99 Athleticism Score. pic.twitter.com/LlHqiEK97R

The Jaguars are aware I no longer have interest in signing a long term contract in Jacksonville. Duval, I love you and gave you guys everything I got. I’m thankful for the journey and look forward to continuing my career elsewhere. -91

Jacksonville Jaguars will use their franchise tag on pass-rusher Yannick Ngakoue, per league sources. The tag will allow them to try to trade him if that’s what they decide or are forced to do.

It’s almost impressive how bad the Jaguars have been at this for the past couple years. They drafted Jalen Ramsey, Yannick Ngakoue, and Allen Robinson — and none of them will be on the roster when this season starts. And they have no money. It’s seriously amazing.

You want Dalton?
What if the #Bears give up picks they can’t afford, take on his $17 million cap hit and he gets here and is the same guy he was last year — an awful quarterback on the worst team in the league?https://t.co/SBAanBhlGd

From our Combine coverage: A look at the Andy Dalton trade market, as the #Bengals work with his agent Jeff Nalley to find a trade partner later in March. Dalton will have options. pic.twitter.com/8TYPwdBUnZ

@SoFiStadium construction mishap isn't expected to delay the @RamsNFL and @Chargers from moving into it this season via @ForbesSports @forbes https://t.co/3FdUDlMZSA