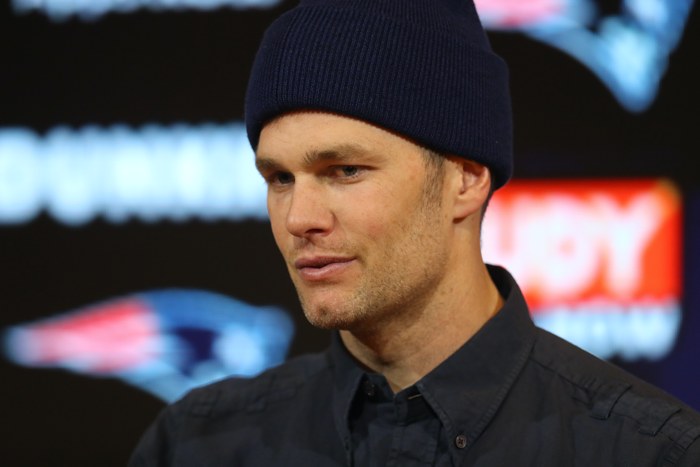 As Tom Brady goes, so goes the quarterback market.

But what if Tom Brady stays?

Tom E. Curran (NBC Sports Boston) chimes in with the latest on the future of the greatest to ever do it. And contrary to prior belief, Brady isn’t out the door just yet. In a rundown of what’s happening with the New England Patriots star quarterback, the most interesting nugget Curran offers up is that the Las Vegas Raiders aren’t preparing to go on an all-out chase for Brady when free agency opens up. Further, there are hints that the Patriots are still willing to make a strong push to retain Brady as the quarterback enters his age 43 season.

Usually, I’m not one to care too much about quarterback rumors regarding teams in the AFC East or West, but the trickle-down effect could be so wide-ranging that it simply can’t be passed along in Bullets or in an Around the League roundup. That it could go as far as to impact the Bears is all the reason I need to obsessively follow this story line (Michael: Also, I mean … it’s Brady).

As an aside: Yes, one NFL analyst predicted Chicago as a Tom Brady landing spot. And sure, the highly scientific findings of a Madden simulation see Brady and the Bears as an ideal fit. Who can argue that? Oh, and who can forget when this concept was first on our radar back in October? Ahhh … memories!

On the surface, the Raiders not going after Brady probably pulls Derek Carr off the trade market. And if Carr is off the trade market, them the Bears (who were rumored to be interested if he were made available) would be forced to move on in their search to land a veteran quarterback to push Mitch Trubisky. But it doesn’t stop there.

To be blunt, no one knows exactly what is going to happen. And no NFL executive is going to be 100 percent up front with their future plans. So with that being said, brace yourselves for full-blown rumor season. The league’s “legal tampering period” opens up two weeks from today. That’s when the fun will begin. From there, where Brady goes (or stays) will ultimately dictate what happens elsewhere. Hope you’re ready for it!