Oh, Sure ... *NOW* the Jaguars Want to Trade Nick Foles Skip to content 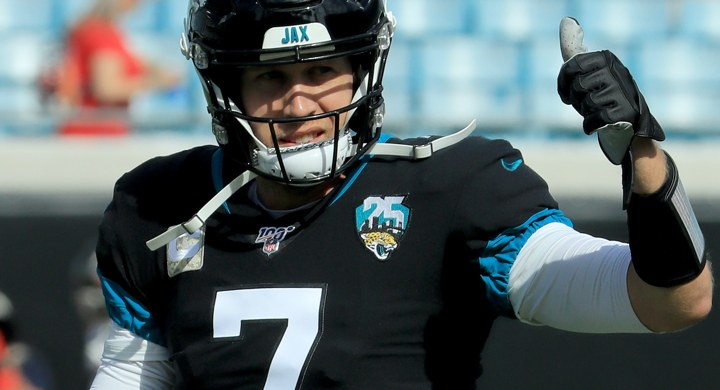 Anyone interested in trading for a Super Bowl MVP winning quarterback?

ESPN NFL insiders Dan Graziano and Jeremy Fowler have heard that the Jaguars want to turn to Gardner Minshew II as their starting quarterback next season. In turn, Jacksonville would look to find a possible trade partner to ship Nick Foles off in order to fully clear a path to Minshew starting. Essentially, Jacksonville is back where it was when Minshew Mania was a thing after Foles’ injury opened the door for Minshew’s star to take off.

This could present a buying opportunity for the Bears, so let’s take some time to discuss it.

For starters, it’s not going to be easy to find a taker for Foles. Whichever team acquires him will be left to take on what’s remaining from the four-year free agent contract he signed last year, which included more than $50 million guaranteed. And with a cap number at $22 million, bringing Foles into the mix is going to be a costly pill to swallow. With that in mind, Graziano and Fowler note that the Jaguars will have to sweeten the pot — by either offering up a draft pick or paying down some of the salary — in order to jettison Foles in a trade.

Hey, why not both?

Foles could be an intriguing alternative in the Bears’ hunt for a quarterback who could possibly push Mitch Trubisky this summer. Despite the astronomical contractual cost, Foles checks all the boxes as a veteran who is an experienced starter and possesses a winning pedigree. He also has a familiarity with Matt Nagy’s system, and a history with new OC Bill Lazor and QBs Coach John DeFilippo. Match made in football heaven, right? Sure … until you remember the costs.

Chicago will have an estimated $24,230,111 in available salary cap space once the team parts ways with Kyle Long’s contract. That makes adding Foles a tight squeeze. And frankly, that is a bit too close for comfort knowing the team has holes to fill at receiver, cornerback, tight end, right guard, and safety. Even still … Foles (with the caveat of draft compensation and salary relief being part of the deal) is an interesting propositions that the Bears should consider this offseason.

Plus, the idea of trading for Foles shouldn’t be foreign to Bears fans. It was discussed as a possibility when Mitch Trubisky’s issues lingered as the trade deadline approached, but the Jaguars put out those trade fires before they could really get burning. Foles popped up on our radar again when he was benched in December after his return from injury didn’t go so well. And in early February, one NFL insider predicted the Bears would trade for Foles to address their quarterback situation this offseason. Now, here we are in March 2020 with Foles rumors ready to persist again.

This isn’t to say Chicago should go all-in on Foles. But if the Bears’ front office can convince the Jaguars to to pay off some of that salary hit, *AND* tack on draft compensation, then the juice could be worth the squeeze — even at that high price point.