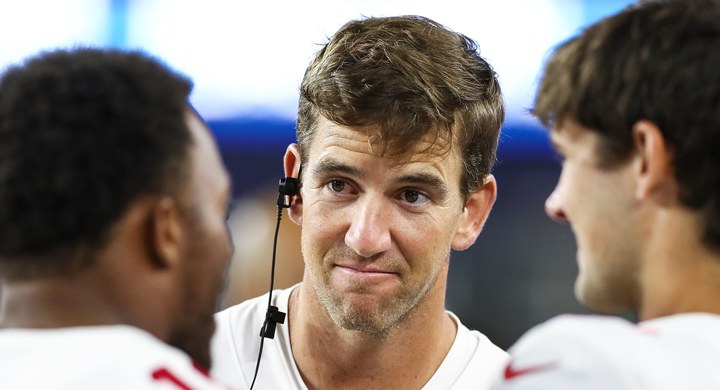 I say that up front because it is probably the most important predicate for this:

Even as the Bears want to bring in some competition for Mitch Trubisky, and even as that might take the form of an established veteran, no, I am not currently suspecting this is about the Bears trying to woo Manning out of retirement. Setting aside the logistical questions, there’s the reality that Manning’s performance has been mixed, at best, for the last five years, and he was supplanted by Daniel Jones this year.

That said, it’s a little odd that Manning would be in Chicago dining with the Bears right now, isn’t it? Is he already moving on to his post-playing opportunities? Do the Bears want to bring him in as some kind of … consultant? Are they just picking his brain tonight for whatever reason? Or is he really under consideration as a veteran arm to bring in as competition/a back-up for Trubisky?

I guess we’ll keep an eye on this because it’s odd. Very odd. If it’s true at all …

UPDATE: A note on where the info is coming from, as Wright is not saying HE’S saying:

My guy Al had it first…I was merely reacting to seeing it…..

UPDATE 2: LOL, this was bizarre while it lasted:

Confirmed: The @ChicagoBears did NOT have dinner with Eli Manning last night. Such a ridiculous report. Next we'll hear that they are signing Archie, Peyton, Eli and Cooper Manning. Now that would be a great QB room! #StopTheNonsense