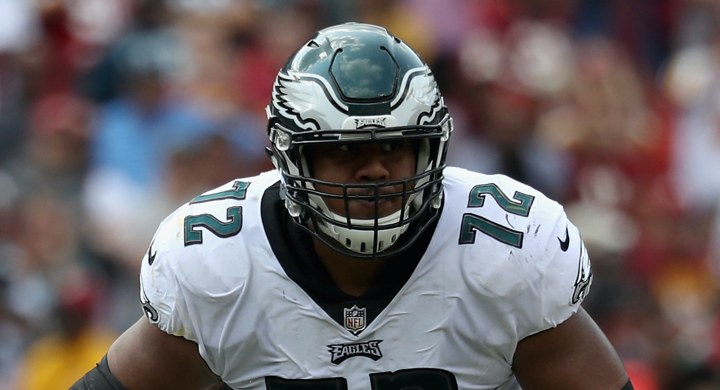 Vaitai’s playing time was limited to 477 snaps, or nearly 41 percent of the total offensive plays run by the Eagles this season. Indeed, he performed well at the right tackle spot when called upon (in place of Lane Johnson), which shouldn’t go overlooked. When the offensive line is still holding it down as one of the best in the league without one of the best tackles in the game, plenty of fist bumps should go around. Vaitai delivered stellar work as someone who had the unenviable task of filling in for a great player.

Vaitai is most likely known for his performance as the Eagles’ left tackle during the team’s Super Bowl run a few years ago. Replacing Jason Peters isn’t easy, but Vaitai showed he was no slouch in protecting the blindside of Carson Wentz and Nick Foles en route to hoisting the Lombardi Trophy. Solid play in the biggest games of his career could go a long way toward helping make a case for Vaitai getting big bucks in free agency.

Vaitai has looked good when he has been in the lineup, but doesn’t have a lengthy track record as a starter. That makes it hard to land on a number for his free agent contract.

While we’re on the subject of #Eagles OTs, Halapoulivaati Vaitai (“Big V” to his friends) is expected to do very well in free agency. Have heard estimates of anywhere from $8m to $12m per year on a new deal.

On the high end, we’re looking at a projected contract that would rank tied for fourth among all guards. But on the low end, it would check in at 16th among guards. Over at Spotrac, the site has calculated a market value for Vaitai in free agency. Their projected cost of Vaitai’s next deal is a three-year deal worth $29,173,530. It would come out as an average annual salary of $9.7 million, and the deal would put him at 11th among guards.

Among the comparable players Spotrac uses to compare Vaitai based on age, contract status, and statistical production are Kevin Zeitler, Ali Marpet, Shaq Mason, and Cody Whitehair. Each of those players signed deals of at least three years that are worth $9 million or more. That each of these players signed their deals between ages 25 and 28 should provide perspective as to what Vaitai could get this offseason.

If you allow yourself to be imaginative, then it won’t take long to realize Vaitai’s potential fit in Chicago.

The obvious place for Vaitai is at right guard, where the Bears have a gaping hole to fill. But it doesn’t have to stop there. Vaitai has experience at both tackle spots. And while the Bears have Bobby Massie and Charles Leno Jr. there now, it doesn’t mean they can’t move on from them in 2021.

For example, Chicago could cut Massie ahead of the 2021 NFL year in a move OverTheCap.com estimates would create $5.4 million in cap savings with a $3.9 million dead money hit. On the other side of the line, parting ways with Leno next year would create $6.2 million in estimated cap savings with $5.1 million in dead money. In short, the Bears could move one of their big money tackles off their books, slide Vaitai outside, then replace Vaitai with a more cost-effective option inside. That’s the type of value a versatile player like Vaitai brings. Of course, he has to be signed first before any of these future plans can be acted upon down the line.

Vaitai’s free agency is a unique case of a player with limited (but noteworthy) starting experience, versatility, and upside. Teams angling to sign him are banking on him playing at the level of the sample of games he has received extensive playing time in throughout the first four years of his career. It’s a risk, but one that won’t go without calculation from teams in search of line help.