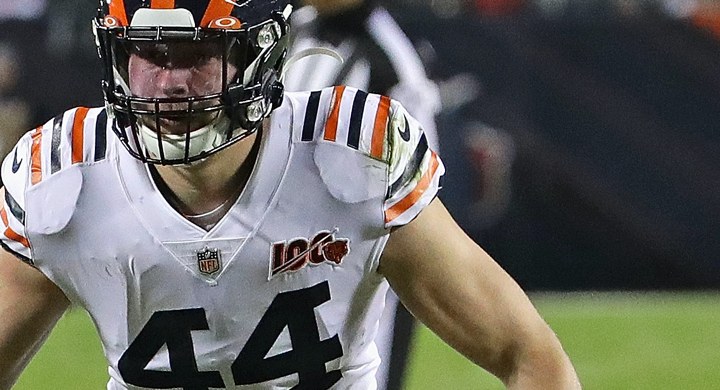 Danny Trevathan’s return to Chicago means Nick Kwiatkoski’s time with the Bears is coming to an end.

But on the bright side, this decision has the potential to open doors elsewhere for Kwiatkoski — including one potential landing spot that has a familiar face.

This tweet from Troy Renck of ABC’s Denver affiliate raised my eyebrows:

Was thought #Broncos would have had interest. Not sure based on age, injuries. Happy for Danny. Great dude. I do expect #Broncos to pursue #Bears LB Nick Kwiatkoski. #Denver7 https://t.co/puZWlHDeAM

Renck tweets the Broncos were thought to have interest in signing Trevathan had he reached free agency, which makes sense on several levels. Denver has a spot to fill in the middle of its linebacker corps, has familiarity with Trevathan from his time with the team from 2012-15, and employs a head coach who was his defensive coordinator for three of the last four seasons. A Broncos pursuit of a Trevathan reunion would have made so much sense. It’s not happening now, but you can see why it could have happened and why it would have been a sensible shot to take for Denver’s front office.

Perhaps moving onto Trevathan’s backup could be the Broncos’ consolation prize.

There is an expectation that Denver will make a run at Kwiatkoski, whose free agent stock is rising. Like Trevathan, Kwiatkoski has a past relationship with Broncos Head Coach Vic Fangio from when he was the Bears’ defensive coordinator. And because Kwiatkoski is younger and has a better recent history of health, he figures to get a larger (and longer) contract in free agency. Chicago’s loss could turn into Denver’s gain, but that’s how the NFL’s business works sometimes. It is impossible to give every player the type of contract they deserve and keep the band together in a salary capped league. And while the Bears reportedly planned on making Kwiatkoski a priority, they ultimately landed on bringing back Trevathan in what is assumed to be a cost-saving measure for a team that has needs beyond the inside linebacker position.

Let’s keep an eye on Kwiatkoski’s free agency. Because in addition to having potential compensatory pick ramifications in 2021, it will be interesting to see where Kwiatkoski ends up playing and what type of contract he’ll receive for the 2020 season (and beyond). Bonus points if it’s not the Packers, who have previously been rumored as a team that will make a run at the free-agent-to-be. Extra bonus points if it’s a reunion with an old friend like Fangio.

All things being equal, going from playing next to Khalil Mack to playing along side Von Miller would be kinda fun.