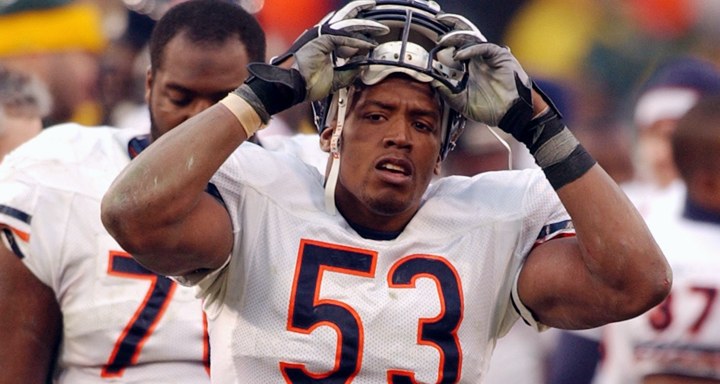 So long as the sports world is on some sort of hiatus, we’re going to have some free time on our hands. I can’t tell you what to do, nor would I want to do so. All I can do is encourage you to take a moment to go through old photos, knickknacks, and memories of good times if you get an opportunity. It will be worth it for your mind and soul.

I’m getting some great responses here but no one has mentioned Warrick Holdman yet. Remember him? https://t.co/3Rx6Dg2KQV

Please tell me you still have it.

The autograph I believe is on the pass (which I can’t find because it’s probably in a box in the garage). But I did find the book, which features a whole buncha Bears we should remember (including Fred Baxter) pic.twitter.com/65rHCa2DMl

Bengals releasing OT Cordy Glenn today, per source. Team looked to trade him but instead will wind up releasing him.

Source: The #Lions are releasing RT Rick Wagner, who was set to make $9M in 2020. A former free agent signing, as Detroit clears some space.

14 years ago today, the @Saints took a chance that changed their franchise. @drewbrees pic.twitter.com/1VsHZkxiji

Brian Flores was made in Brooklyn.

Our offices will be closed until March 27 in the wake of the COVID-19 situation. https://t.co/I9gkdA6aah