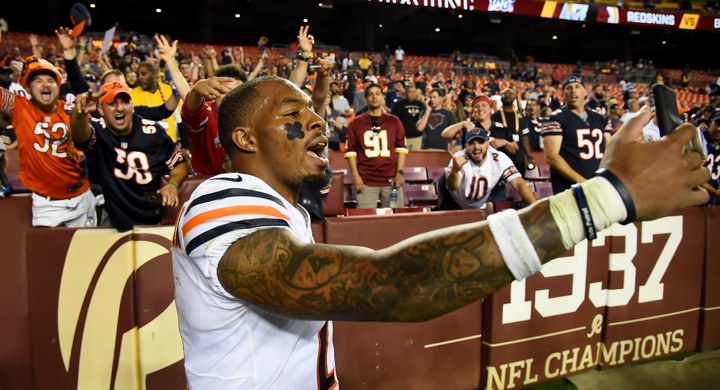 After the Bears made Eddie Jackson the high-paid safety in the game, considering their cap situation, and considering Ha Ha Clinton-Dix’s impending free agency, the thinking has long been that they’d find an experienced, but low-priced, veteran to pair with Jackson.

But since he posted another solid season after signing a one-year prove-it deal with the Bears for just $3 million guaranteed, the expectation has been that Clinton-Dix probably wouldn’t be that experienced, but low-priced, veteran for a reunion. It’s also fair to question if he was the best fit to pair with Jackson, who wound up playing up a lot more in the box at strong safety (and in coverage as a slot corner) while Clinton-Dix handled more free safety responsibilities. You might want Jackson to do a little more free-ranging with his next partner.

Then again … did Clinton-Dix just drop a big hint otherwise? Look at responding to a Bears fan just now:

Hit me so hard 😢. ❤️ Def thought about Danny before I signed with the bears. 🐻. Might do back flips when he hears the latest News. #21 #Beardown https://t.co/fdZcfHMzJC

Obviously Clinton-Dix could just be having some fun with a really nice memory, but I mean, he said that the kid might do backflips when he hears the latest news. That … sure seems like a big hint on the eve of free agency, right? And it’s not like he isn’t, overall, a desirable safety to have in the defensive backfield mix, however you coordinate it.

Maybe the Bears just want to keep as much of the defensive band together as they can, after re-signing Danny Trevathan and tendering Roy Robertson-Harris. We’ll see soon enough. Barring a change to the schedule, the legal tampering period is set to open in just two days.